As an introduction to programming wearable electronics, has Adafruit put together the perfect kit?

With wearable computing proving to be a burgeoning business, it’s no surprise to find companies helping makers to get started in the field. The majority of the resulting kits are based around conductive thread which can be sewn into fabric to link components electrically. It’s easy, then, to see the LEDs and conductive thread bobbin included in Adafruit’s Gemma Starter Pack and dismiss it as just another me-too product. Doing so, though, ignores the titular star of the show: the Gemma itself.

The full review can be found in The MagPi 38

Designed and built in collaboration with the Arduino company, the Gemma is a smart break-out board for the ultra-compact ATtiny85 microcontroller from Atmel. A cut-down version of the ATmega chips which power the full-size Arduino boards, ATtiny microcontrollers are a great choice when low power draw and a small footprint are more important than the number of pins you can access. This makes them an obvious choice for wearable projects. 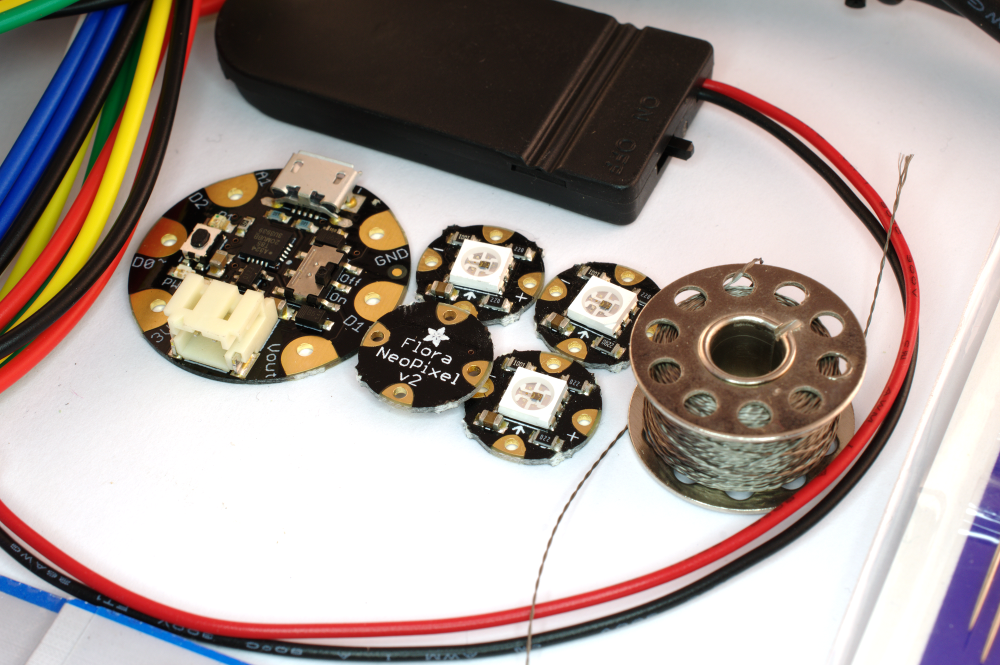 The two biggest hurdles to using an ATtiny with conductive thread – the need for special programming equipment and its package type – are solved by the Gemma. The chip is placed on a tiny 28mm diameter disc which features connectors for three programmable I/O pins, a 3.3V supply and ground, and a voltage input. A JST connector allows batteries to be easily connected, while a USB connector coupled with a specially written bootloader means the Gemma can be programmed from any PC using the standard Arduino IDE and the bundled cable.

The Gemma is the star, but there are plenty of other parts to the starter kit. A bundle of colourful crocodile leads makes it easy to prototype your design before sewing it down with the conductive thread, needles for which are also provided. There are four of Adafruit’s famous programmable RGB NeoPixel LEDs, in wearable-friendly Flora guise, and a battery holder for the bundled CR2032 batteries with integrated power switch.

The thread itself is of great quality with a generous 23-metre length provided. A thin, two-ply formulation made from stainless steel, it’s easier to work with than the thicker thread used in the rival Kitronik Electro Fashion range, but comes with a warning that it is ill-suited for projects in which your components will draw more than around 50mA. A three-ply alternative is available separately, and is good up to 100mA; both are provided on pre-wound bobbins suitable for any heavy-thread sewing machine.

As with most electronic textile starter kits, there’s an undeniable focus on LED projects. Once you’ve amused yourself adding RGB glowing eyes to kids’ toys, though, you can begin to experiment with the power of the Gemma. Although three input-output pins feels limited, they offer surprising flexibility: two of the three offer pulse-width modulation (PWM) support for dimming LEDs or driving small servos, while one can also be used as an analogue input to read a variety of optional sensors. These, however, must be compatible with the 3.3V logic used by the Gemma, in contrast to the 5V logic more common in the Arduino world. 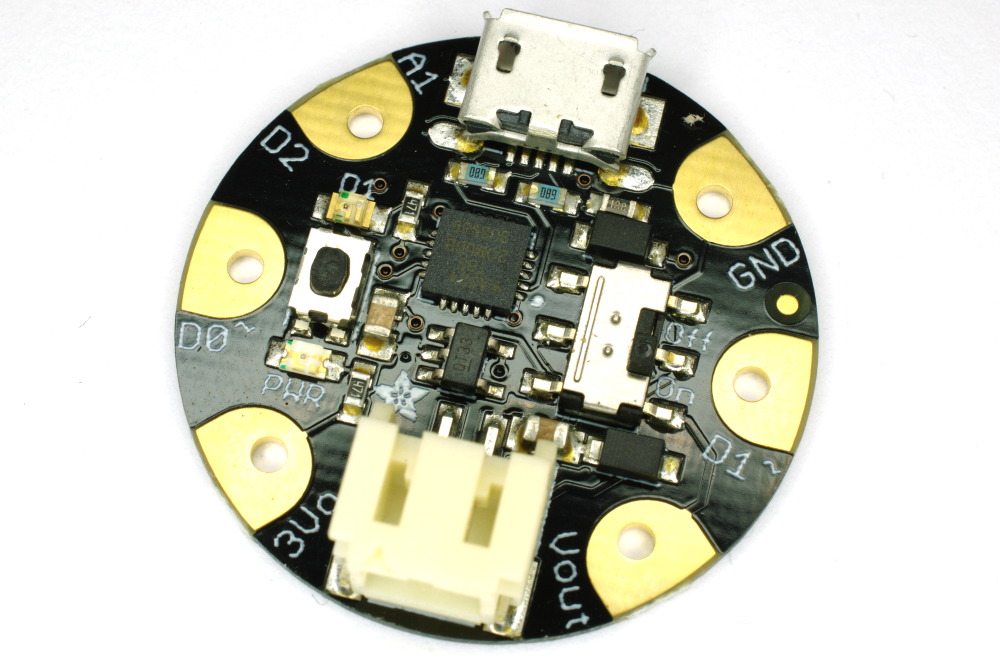 There are some disappointments, too, for Arduino fans who were hoping that their projects would be directly transferable. Aside from the limited number of pins, the Gemma has no accessible serial port. This means it can’t be combined with, for example, a serial-connected Bluetooth or Wi-Fi adaptor to easily make connected clothing.

To focus on what it can’t do, however, is to ignore the kit’s true goal. Adafruit bills the Gemma kit as the perfect way for beginners to get started with programmable wearable and electronic textile projects, and the obvious next step from its non-programmable LED-based kit. The use of RGB LEDs, which can be cycled through your choice of millions of colours, keeps things interesting and the low cost of the kit makes it accessible to those with even a passing curiosity in electronic textiles projects, as well as Arduino users keen to try something a little different in their next build.

The only real negative is the lack of printed documentation. While there’s a wealth of supporting information, tutorials, and projects on Adafruit’s website, a small booklet like that provided with the rival Kitronik kit would have been welcomed and helped to make this bundle a truly standalone product.

If you have experience with the Arduino platform and want to get into wearable electronics, the Gemma is the way to go and this kit a perfect way to get started.