To celebrate the robot gauntlet of Pi Wars 2, the latest CamJam EduKit shows you how to build your own battlebot

Robotics are getting easier and easier with the Raspberry Pi – the little robot we built for issue 38 couldn't have been done without these advancements and even since then we've seen new tools such as GPIO Zero which will make the job much easier. It's for reason's like that which resulted in the CamJam beginning a new annual tradition of Raspberry Pi robot wars, or Pi Wars, and have decided to make their latest EduKit themed around robots. 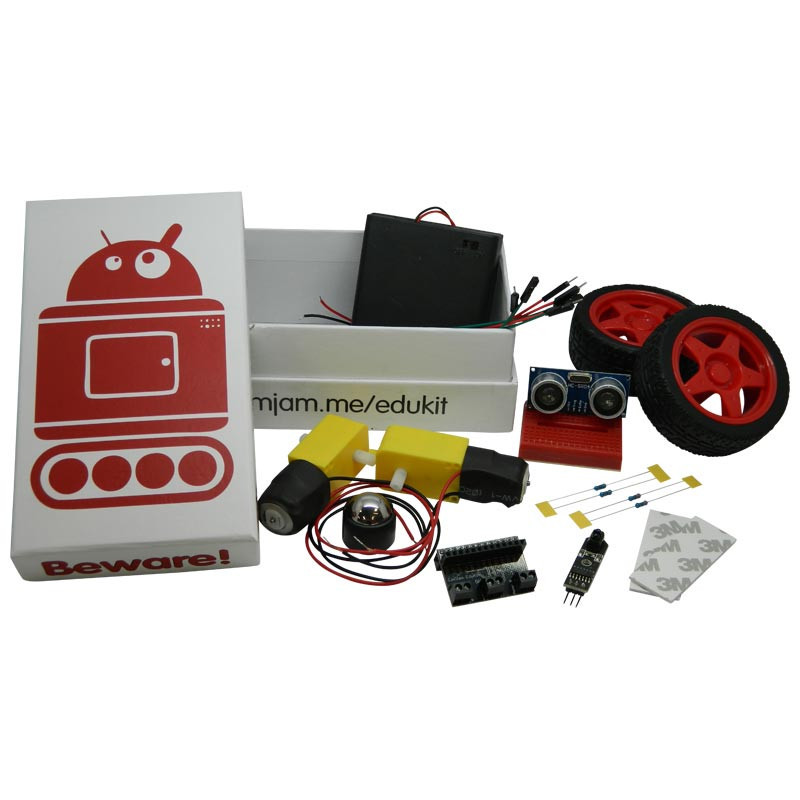 The kit, CamJam EduKit 3, is on sale nowfor the low price of £17 and gives you everything you need to make a robot with a Raspberry Pi. You'll have to supply your own Raspberry Pi though, and either get your own chassis or use the cardboard box it comes in.

In the box you get:

You can grab the EduKit from The Pi Hut right now, and Pi Wars 2 will be at CamJam on 5 December.