Geoff Fergusson is the former captain of a county chess team, so he knew exactly what to build with his Raspberry Pi. “It was natural that I should build a chess project,” explains Geoff. “The Queen’s Gambit TV series has spurred an interest in the game, so the timing is right.”

Playing against an on-screen computer opponent just isn’t the same, says Geoff. “It loses the social aspect.” Furthermore, it takes time to adapt from on-screen diagrams to playing with a physical board and pieces – something he imagines more people doing now that the TV show has given chess a moment in the spotlight. “The ideal practice is to train with the same board and pieces as you would use at the local club,” he says, but it’s prohibitively expensive for schools and many clubs, which is where his CamChess project fits in. “I wanted to build a system that would work with standard plastic pieces on a standard vinyl board,” and also record the moves.

CamChess combines the best elements of an electronic board with the ability to record moves, but costs only around £50 ($70) excluding Raspberry Pi 4. 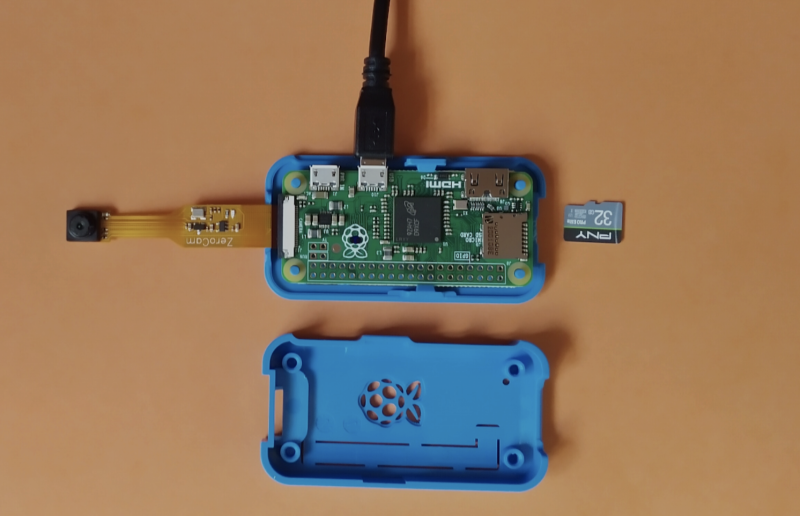 After retiring 20 years ago from his job as a consultant for large-scale computing systems, Geoff has racked up experience of building small-scale projects. Despite a 30-year break from it, he can still write code. “Python was a bit of a culture shock,” he reveals, “but I soon adapted.” Geoff made full use of standard Python modules, along with OpenCV and NumPy for image processing, and Stockfish as the chess engine.

Due to congested WiFi channels where he lives, he opted for Ethernet to connect Raspberry Pi 4 and Raspberry Pi Zero and send images using the USB cable that also powers the latter. These images tell the computer the latest chess move that has been made, which Python-chess then replicates on-screen. Having experimented with the image comparison method used by Realtime OpenCV Chess, Geoff thrashed out a method that determines whether each chess square is empty or occupied and whether it’s a white piece or a black piece. 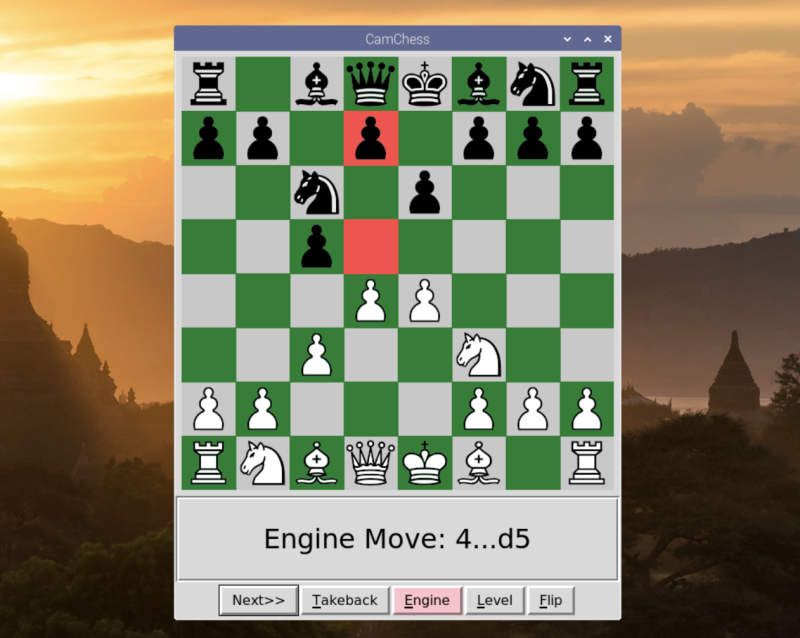 It was a challenge to get the board to configure itself automatically but Geoff eventually worked out how to do so using standard threshold optimisation techniques. CamChess now only needs to be shown the start position, and works out its internal settings from there. CamChess’s difficulty level can be set to engage the hobbyist player and they can make moves for both sides until they reach a position that is of interest to them.

While he’s largely happy with the existing build, Geoff hopes others will make their own versions of CamChess and let him know how they get on. We did ask him about his own next move, but he’s keeping mum.