Over the years, the Raspberry Pi has become a firm favourite among enthusiasts of retro gaming, thanks to its ability to emulate classic computers and consoles from a bygone era. Many use packages such as RetroPie to create machines capable of playing games from multiple systems. These are usually hooked up to the makers’ big-screen televisions.

When Chris Mills decided to emulate the Commodore 64, however, he had smaller ambitions. Inspired by the recently-launched miniature, THEC64 Mini, he set about producing a tinier version of the age-old Commodore 1702 monitor. Or at least he did eventually. “The original idea was to make a small box to hold the monitor and a Raspberry Pi strictly for Commodore emulation,” he says. “I wasn’t really planning on making it quite as elaborate as it turned out to be.”

Chris has had an interest in computers since the late 1970s. He got a Commodore 128 in 1985, and says he likes getting things to work as much as actually using them. 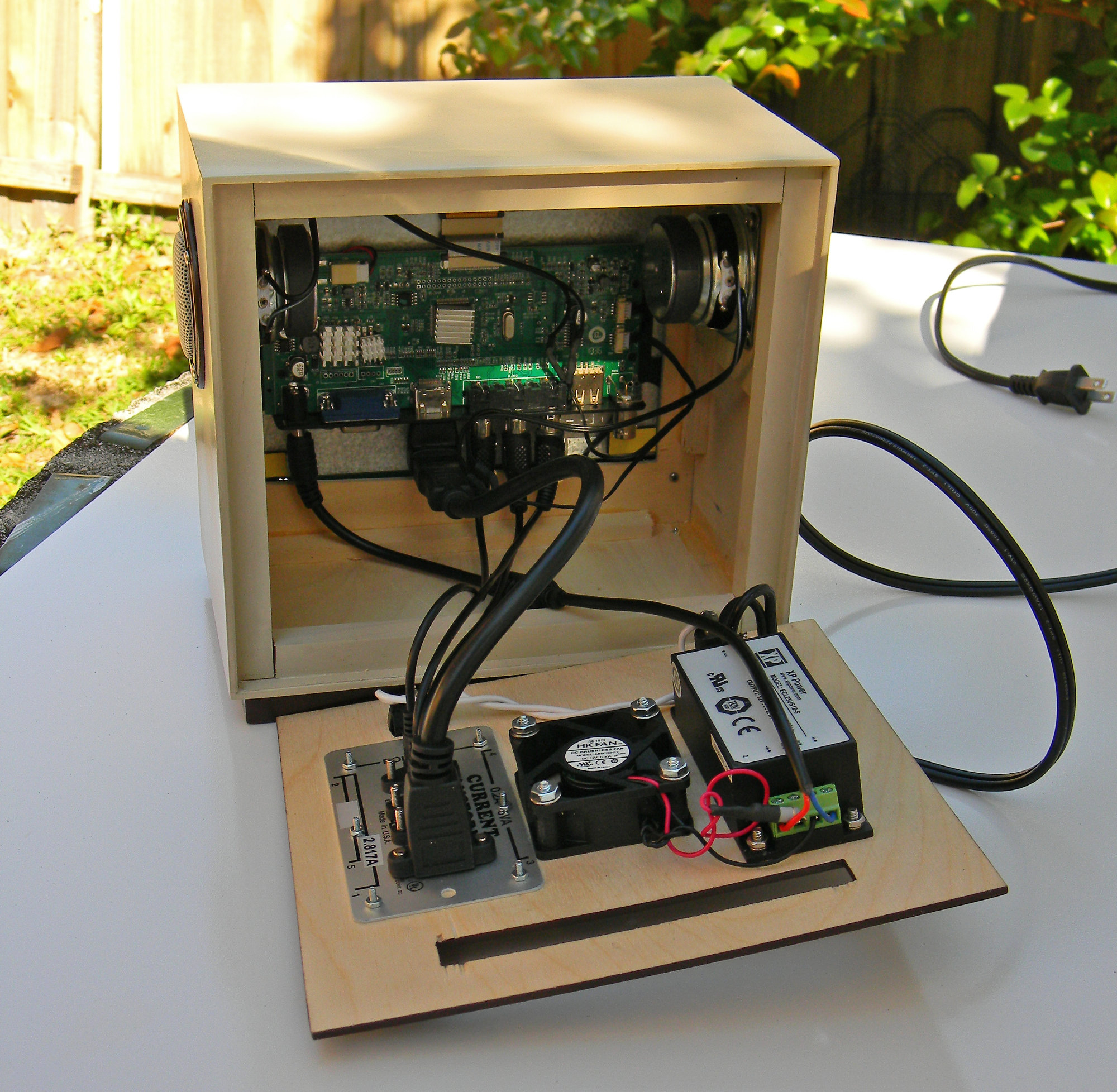 Chris likes the Raspberry Pi, which is why, despite buying THEC64 Mini and enjoying its plug-and-play nature, he prefers using the Pi for his Commodore 64 games. “I can get a lot more software to run on it,” he tells us. This is mainly due to him running the Combian 64 emulator, which is a distribution based on an app called Vice.

“Its single purpose is Commodore emulation, and it boots from a cold start to the blue Commodore screen in just a few seconds,” he explains. “It seems a bit closer to the real hardware experience of a Commodore computer to me and control seems far less laggy.” Hooked up to the monitor and with the mini-C64 to its side, along with a joystick, it makes for an impressive setup – in appearance alone if nothing else. 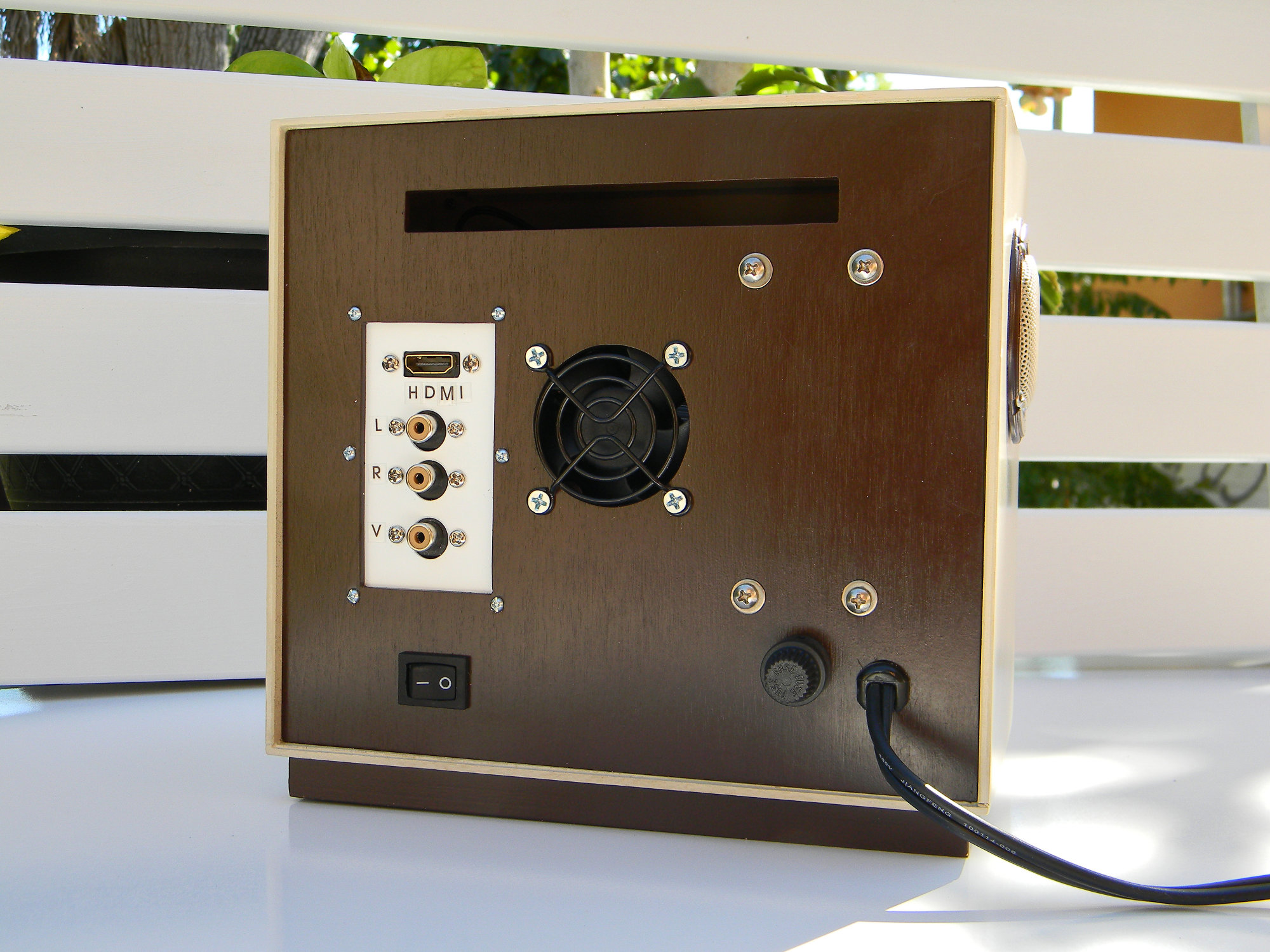 To achieve the look, Chris chose a small TFT LCD security monitor. “It needed to have a 4:3 aspect ratio since the display would be for a computer with 320×200 resolution,” he says. “I also wanted something that would sit on my desk without taking up too much space. I can’t imagine a Commodore 64 displaying on a 32-inch television, and I grew up with a 13-inch CRT for my computers so an 8-inch size seemed like a nice compromise for space versus readability.”

The HD monitor was placed inside a wooden case which Chris designed and crafted himself. He removed the back of the display, connected wires to the newly created back of the retro monitor, and wired a pair of two-inch speakers – which proved the trickiest part.

“I didn’t find out that the speaker mounting holes and the bezel holes didn’t line up until I went to put the speakers in the enclosure,” he says. He also added a series resistor to drop the fan voltage from 12 V to 4 V. “You wouldn’t believe how loud a ‘silent’ 50 mm fan is in a box that size,” he laughs. “All these years, I’ve been mistaken in my interpretation of the world ‘silent’.”

For the finishing touch, the box was fine-sanded as smoothly as possible and painted using Krylon spray enamel, wet-sanded with 2000 grit paper between coats. Chris then took a photo of a Commodore badge from one of his real 1702 monitors. “I cropped the picture and made a metal-looking Commodore logo,” he says. This was placed on the front of the mini monitor. “It’s had a great reaction from Commodore fans.”