While there’s no shortage of great software for the ARM‑based Raspberry Pi, most Linux programs are compiled to run on Intel x86 processors.

This is where virtualisation software steps in. It sits between an x86 application and the ARM version of Linux and translates the x86 code to run on your Raspberry Pi.

ExaGear Desktop creates a second system known as the ‘guest’ system. Once installed, you can switch between the guest and your regular (‘host’) system using the exagear and exit commands. Inside the guest system, apt-get and dpkg are used to install Intel x86 software. Tantalisingly, one software option is Wine, another layer application that is used to run Windows apps inside the Linux environment. 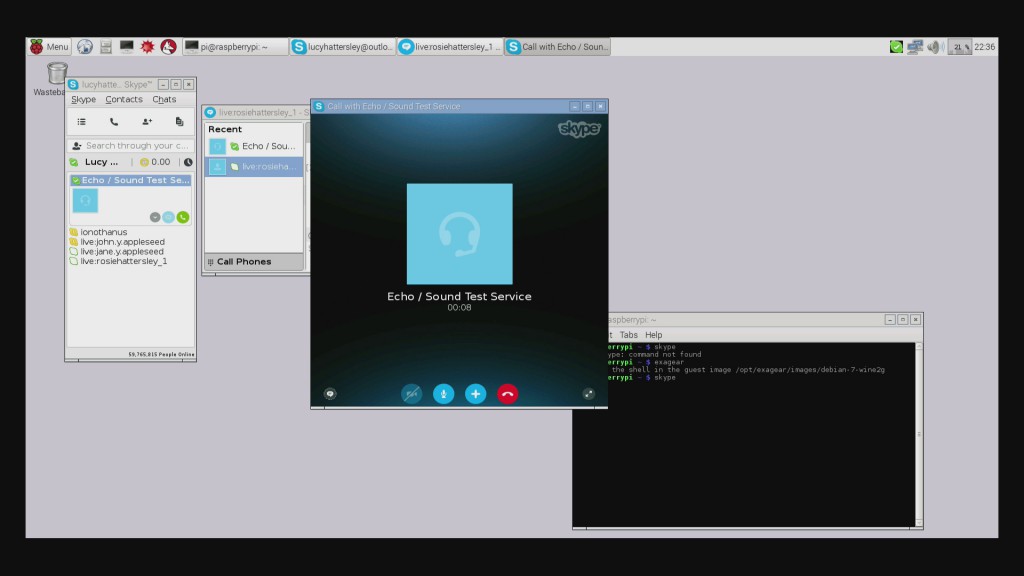 ExaGear includes a handy script for automatic installation, but we had to read through the manual instructions to discover which of the Debian packages to install. The choice varies depending on whether you have a 2G/2G or 3G/1G split between your user and kernel memory.

We followed the instructions to install nginx server software from our Raspberry Pi. After that, we downloaded and installed Skype inside the LXDE desktop. We then got Eclipse 3.8 up and running (albeit in a sluggish manner).

Performance takes a hit when moving from the host to the guest system, but it’s not as bad as you’d imagine. Even the more resource-intensive apps we tested, like Skype, ran perfectly well.

Where things started to go awry was in attempting to run 32‑bit Windows software via Wine. There were a lot of complications. You have to set up Raspbian with a 3G/1G memory split, then reinstall ExaGear with the right package. Then you need to install Wine (which required refreshing all the dependencies). After all this effort, it was surprisingly tricky to find compatible software; Wine compatibility documentation gets patchier the further back in time you go, and 32-bit support at the Raspberry Pi level (through two layers of middleware) means you can only run very old Windows software.

In all, we found ExaGear Desktop provided no practical use for Windows software, but was fantastic for running Linux x86 programs.

Once ExaGear Desktop is up and running, it becomes a neat solution for running a wider range of Linux software on your Raspberry Pi. The Windows aspect is interesting, but not practical.