This giant live-action game of Pong is played with great balls of fire! Goodness, gracious…

Not only that, the Fire Pong project is controlled by a Raspberry Pi, which is the only thing that could make it more exciting.

"It's like a one-dimensional game of pong," says Matthew, "but with fire rather than pixels."

"Fire Pong is also known as Rule Zero," says Matthew. "Rule Zero for a hackspace says: 'do not be on fire! Look your own safety and the safety of those around you'."

At the same time, "Rule Zero has an asterisk after it," jokes Matthew, "that says ... 'more of a guideline'."

With that in mind, Ian tells us how the game is played. "Each player has one of these bats," he tell us. "And if you time it right; you bounce the flame back to the other end. If you don't get the time right then the big puffer goes off. It's first to three." 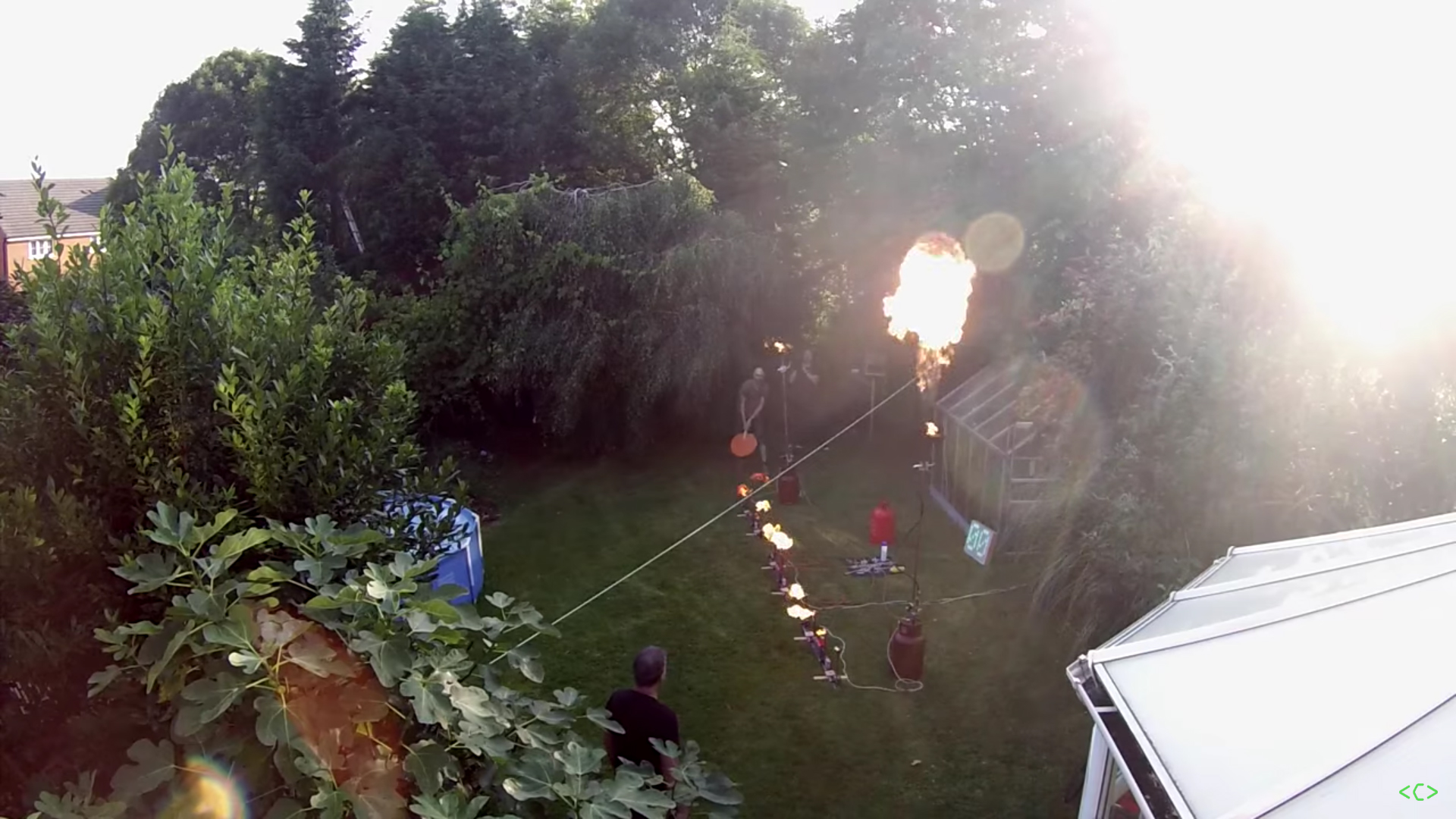 In the middle of the giant bats are Wiimotes. "As you swing the bat," Ian explains, "the Wiimote sends a signal to to the Raspberry Pi sitting in the control box".

Nearby, sits a control box contains a Raspberry Pi and a 12 volt power supply running everything. In addition, a bunch of RS-45 serial controllers are used to send signals to the flame pipes. Linked to each flame is an Arduino Pro Mini.

"We've got a whole bunch of Arduino Pro minis," says Ian, "quite a few of which died during the making of the project".

Obviously the end result is worth it. Fire Pong looks great fun to play.