If you pick up the print edition of The MagPi issue 90 you'll find a free gift on the cover. A custom-built Raspberry Pi 4 Stand. This nifty stand is used to hold Raspberry Pi 4 devices vertically, enabling airflow to run around the ARM Cortex-A72 CPU.

It turns out that running a cool Raspberry Pi is very useful for overclocking. This month we've got a tutorial that shows you how to run Raspberry Pi at 2.0GHz and beyond. Plus! Keeping things cool is Gareth Halfacree, who tests out a range of cooling cases.

Please note: our free Raspberry Pi Stand is not given away with the digital edition. The file is available to 3D-print or laser-cut your own.
Click here to buy The MagPi Magazine issue #90 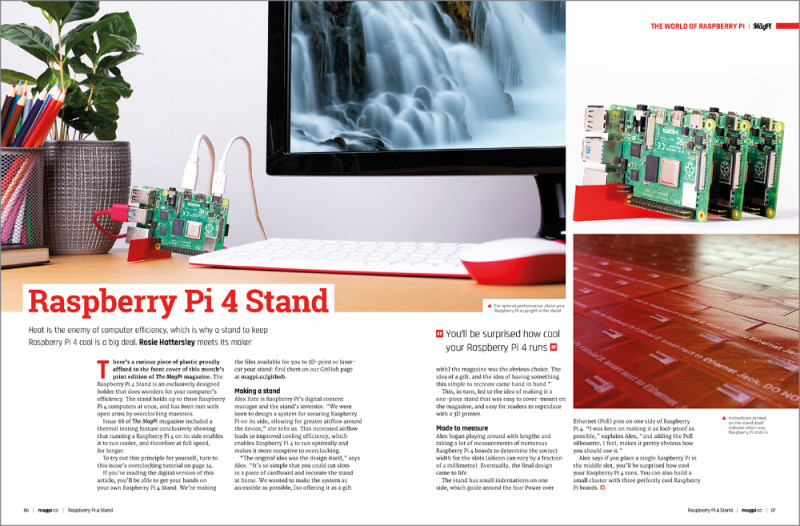 When it comes to relatively easy Raspberry Pi projects, that produce impressive results, few are better than making a Magic Mirror.

Combine a stock Raspberry Pi touchscreen display with observation glass and a wooden frame, and you get an incredibly impressive mirror that displays information in white letters.

Our new Magic Mirror feature shows you how to build the device, and also use modules to add extra features such as voice control. 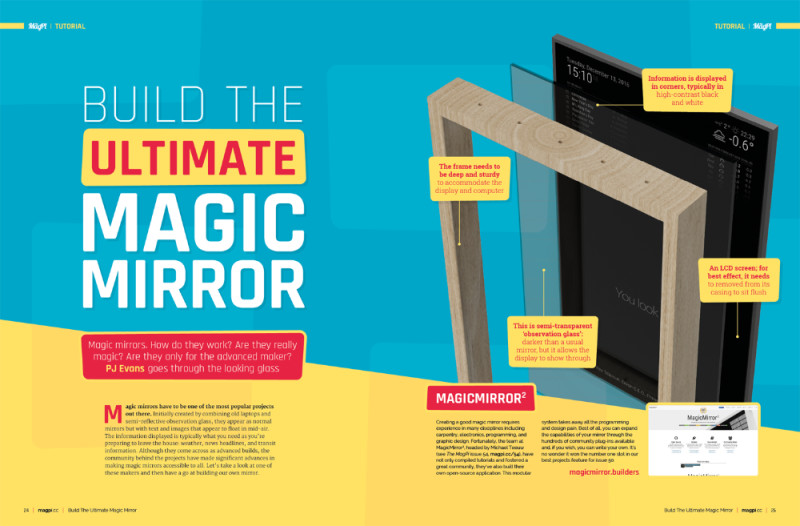 How to overclock Raspberry Pi 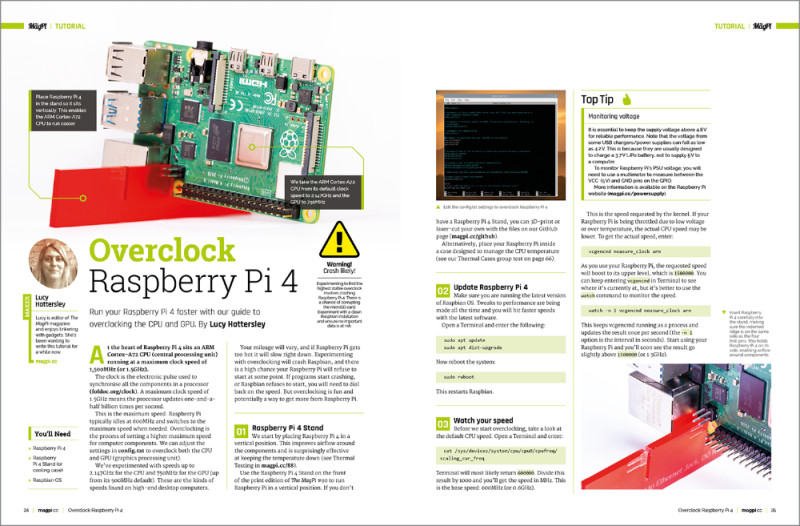 There are many options for keeping Raspberry Pi 4 cool, but which ones are ice cold and which are lukewarm? That's what we tasked Gareth Halfacree to find out. In this month's The MagPi he turns his now near-famous thermal gun to a range of Raspberry Pi cooling cases. 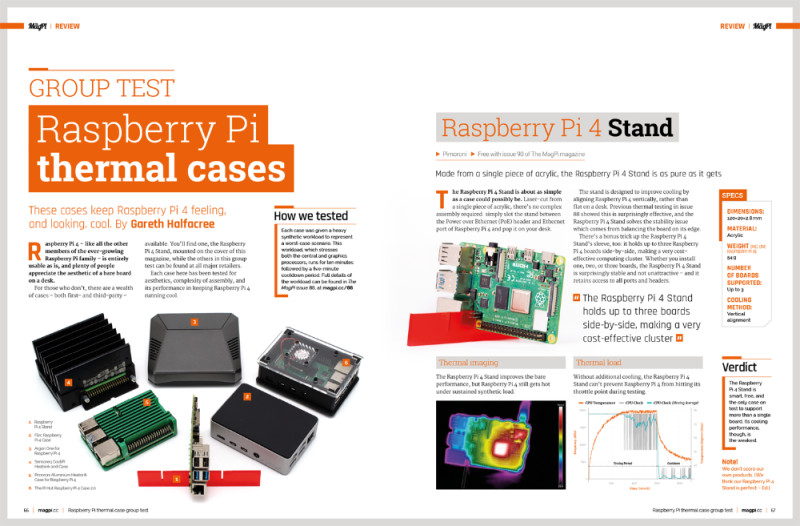 3D-print a keyring with BlocksCAD

BlocksCAD is a visual programming language that enables you to design your own 3D printed objects. In this month's The MagPi magazine, we take a look at using BlocksCAD to build a keyring. 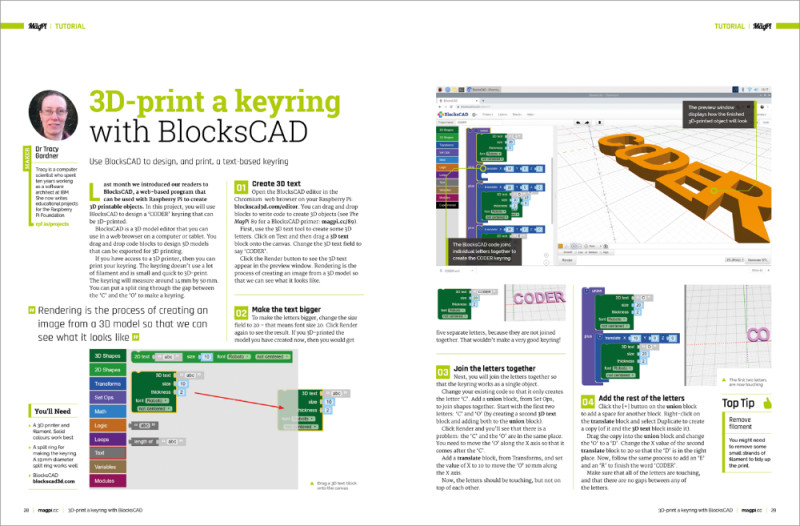 Upcycling a Sony Walkman into WeatherMan

We've got the best Raspberry Pi projects in The MagPi, and we're particularly enamoured with this latest offering by Martin Mander. The masterful maker has used Raspberry Pi to give a Sony Walkman a new lease of life. Say hello to WeatherMan, the portable weather forecasting device. 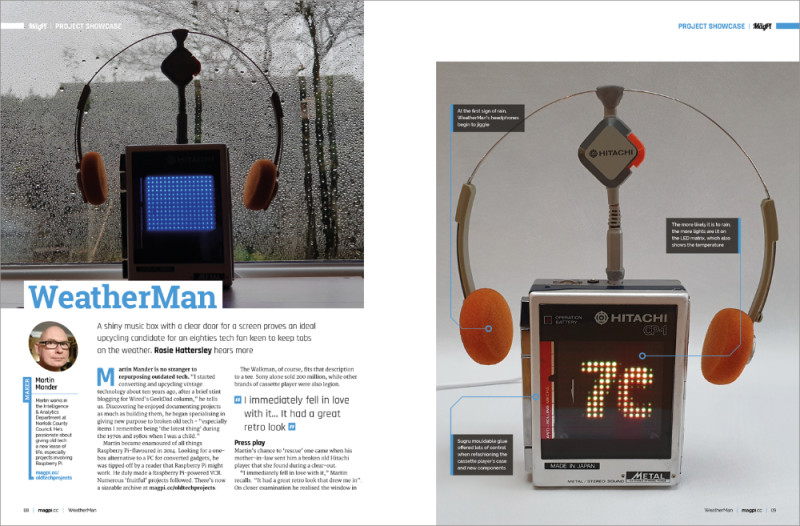 There are many laptop projects for Raspberry Pi, but we're particularly smitten with this rugged build. Raspberry Pi Recovery Kit puts Raspberry Pi inside a weather-resistant case designed to work in some of the world's most hostile environments. 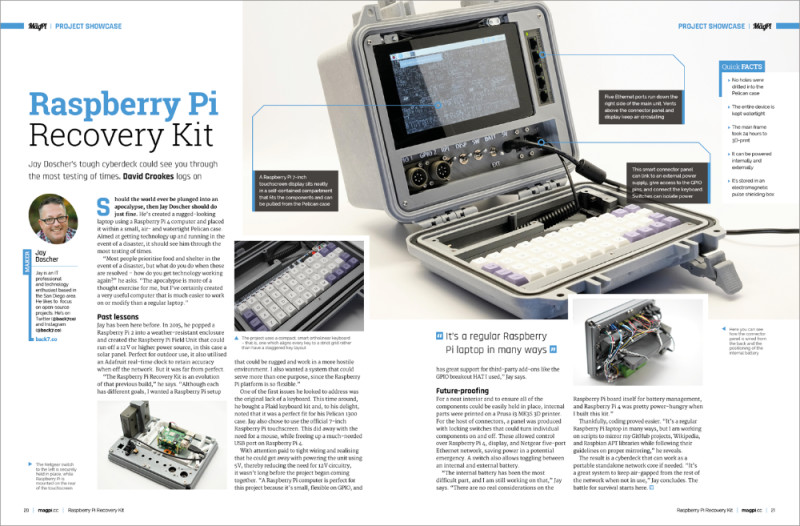 Plus! Win one of five Raspberry Pi and black Official Case kits.