The all-singing, all-dancing ultra-fast but still small and low-cost computer: Raspberry Pi 4. Fully tested! Science in Space and a wealth of projects and tutorials. All in this month's The MagPi magazine

Raspberry Pi 4 is a significant leap forward for the world’s best computer. With up to 4GB of RAM, full-and-direct Gigabit Ethernet, USB 3.0, and a whole new chip hardware, it’s amazing.

Did we mention the dual 4K micro-HDMI connections enabling you to hook up two monitors at once?

Raspberry Pi 4 is the best computer you can buy. It’s a desktop computer that takes you to a new level of computing. You will still code, and hack, on it; but now you can also comfortably work and research at the same time: browse the web, play online video, and update your documents.

Read all about it in The MagPi issue 83. We’ve got in-depth benchmarks, thermal tests, engineering interviews and a feature with Simon Long about Raspbian Buster: the new version of Debian that appears first on Raspberry Pi. 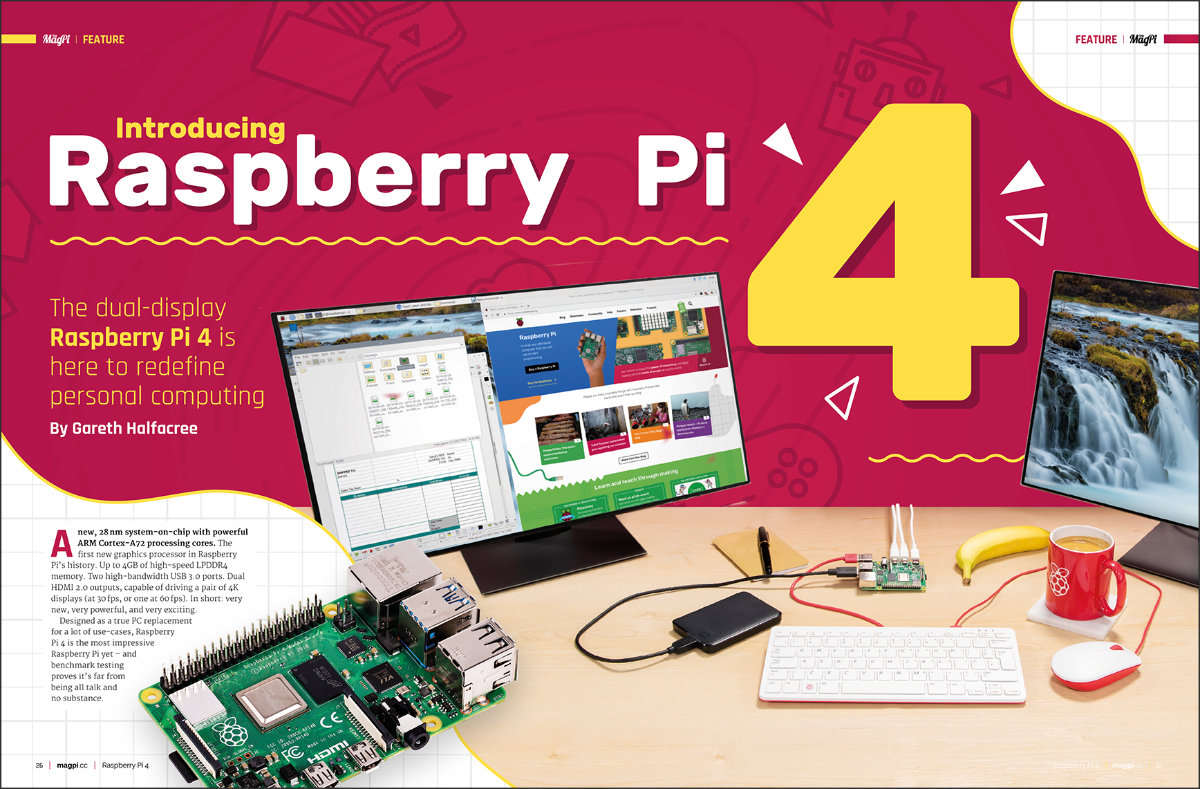 It’s been 50 years since the lunar landing took place. The moon landing was a momentous demonstration of the power of computer science, and NASA’s calculations made the seemingly impossible happen.

To celebrate, we’ve got the best collection of space and science projects in the known galaxy.

You’ll learn to build an Apollo Guidance Computer, set up a digital telescope, connect with satellites, get started with high-altitude ballooning, and build a Mars Rover. Everything a budding space-farer could dream of. 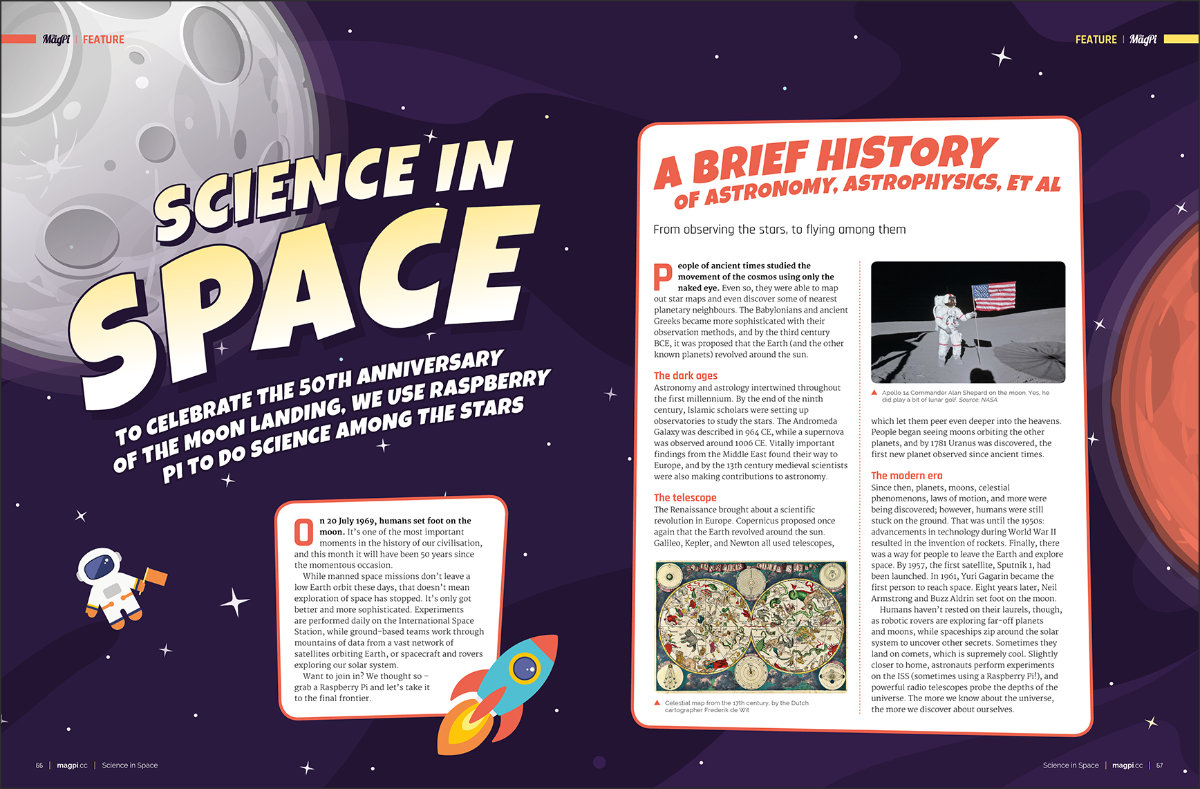 TV Wall is an incredible artistic installation appearing at festivals around the country. Powered by Raspberry Pi, it joins a host of incredible maker projects in this month’s The MagPi. Our readers are a creative bunch. This month they’ve made smart greenhouses, water sprinkler systems, earthquake-detecting robots, and AI doorbells. 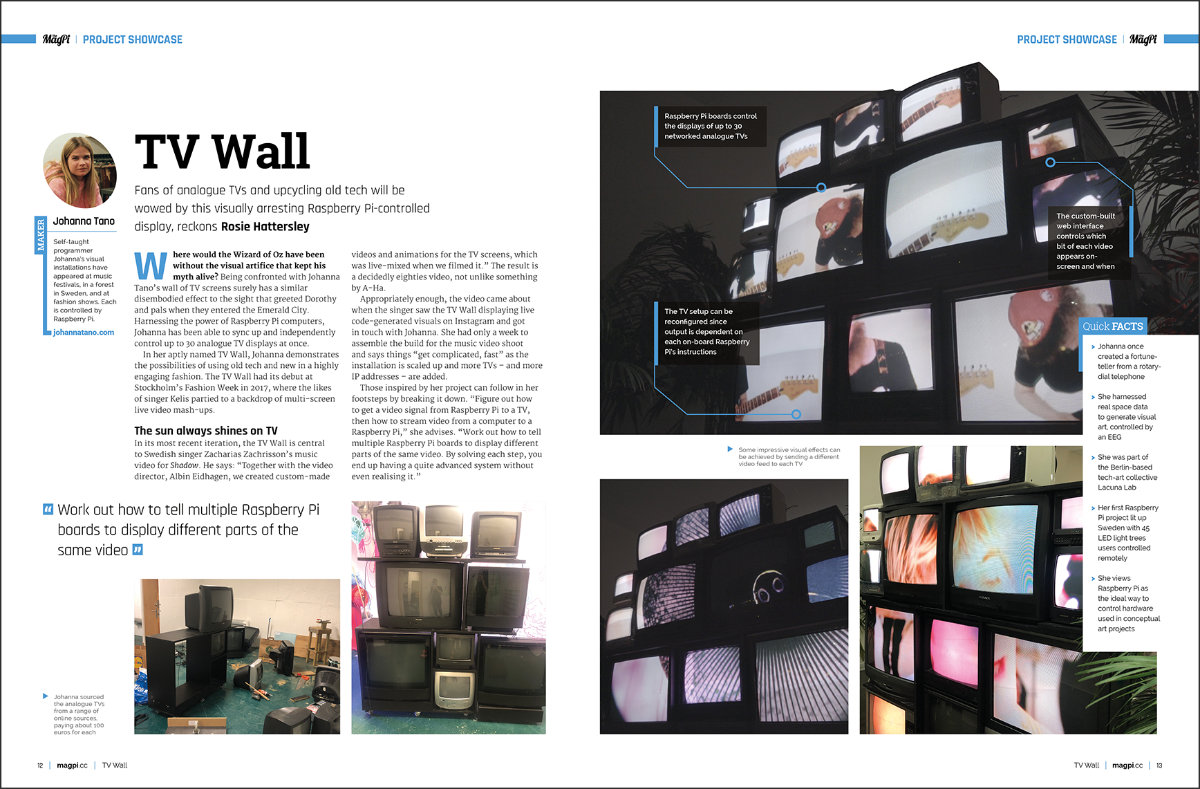 Get started with PICO-8 and other amazing tutorials

PICO-8 is a great piece of software that lets you download, tweak, create, and share classic 8-bit video games. Programmed in a Lua-based environment, you can use PICO-8 to learn a new language and have fun with retro gaming.

And you’ll learn to build a self-healing Raspberry Pi and turn a dynamo torch into a controller. And learn advanced graphic user interface (GUI) skills with Raspbian engineer Simon Long. 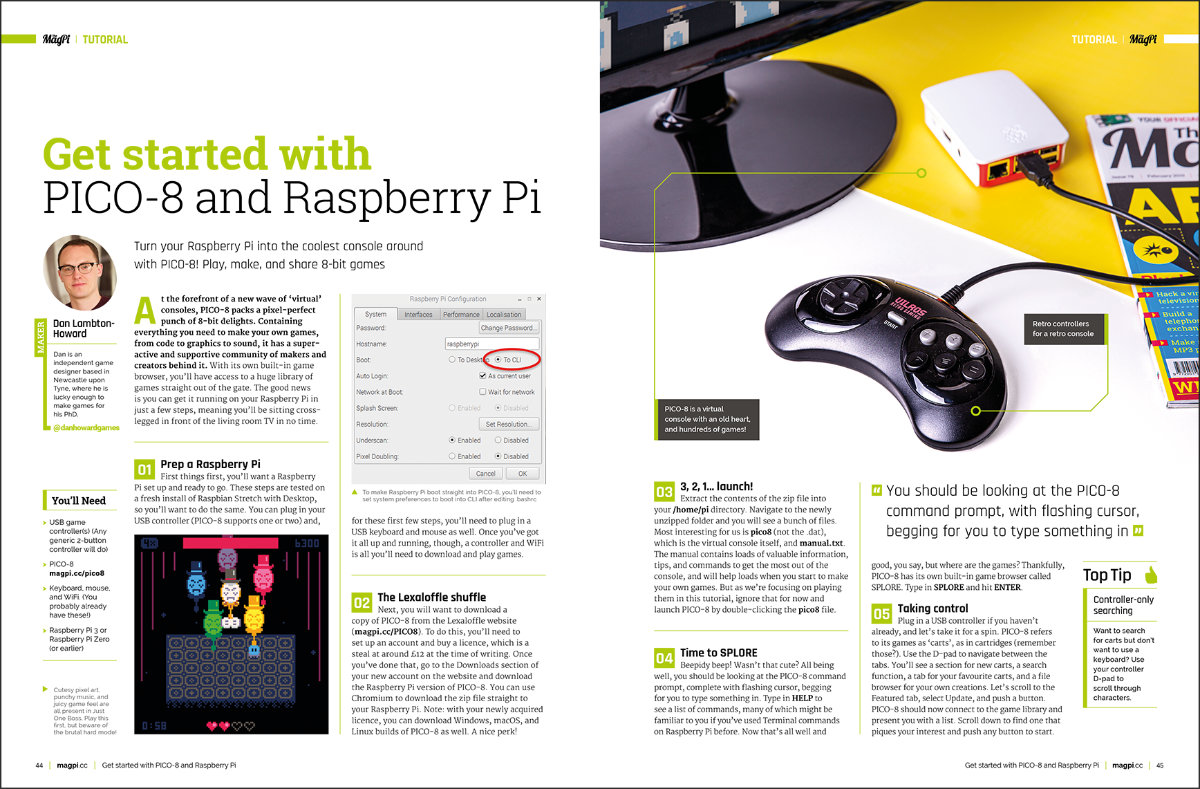