Making music on a Raspberry Pi is simple enough thanks to Sonic Pi. However, demoscene musician Yerzmyey decided to go one step further and make an entire album using the Raspberry Pi as his instrument. You can listen to RPi ZWEI while you read through our interview with him.

Tell us about your album! What kind of music would you say it is?

The songs on my Raspberry Pi album are modules – the XM modules to be exact – made with a Raspberry Pi 2 and MilkyTracker working on the regular Raspbian system.

In general you can find all kinds of electronic music, although every song is different: from electro/techno-pop, through Eurodance, to instrumental electronica [a bit like] Mike Oldfield. It then ends in a chiptune style with BitPusher2600’s remix made on the Pi.

Why a Raspberry Pi?

I bought one when the Pi 2 was still the new model. However, my decision back then was motivated directly by the announcement that the Raspberry Pi outsold the ZX Spectrum. I thought, “Aha! I have to get one NOW!” The Raspberry Pi, being a British computer, is important to me as I’ve been a ZX Spectrum fan and user since the eighties.

The Pi is a modern, and potent, machine. Obviously, it’s not old school, but you can feel some cool old-school philosophy behind it.
The entire idea of the project was to use only Pi 2 and nothing else. I composed this music on the Pi and then recorded it all directly from the headphone output of the board.

The Pi 2 is powerful so the songs can be complicated and use multichannel, which makes for a great tune for the listener. The most complex song on the album consists of 26 independent channels of digi-music. The Pi can surely manage more, but that wasn’t the point of this album.

How did you go about composing the album?

I programmed all notes one-by-one, as is customary on the music trackers. You have to put all the notes/sounds in manually without any automatic help. Otherwise I use loops, but only when it comes to drum ‘n’ bass music (drum loops are indispensable there) or when I play the guitar (or ask some friends to do it for me; I’m not a very good guitarist). I cut these recorded guitars into loops and put them into the song/module in a form of WAV files. Of course, the multilayer technique is useful there too, so I can ‘play simultaneously’ on many guitars.

My weapon of choice on the Raspberry Pi is MilkyTracker, a familiar and powerful tool. Of course the Pi can do a lot, so for example one can use emulators or cross-platform trackers to make chiptune music too. I tested how the SID chip emulation works on the Pi 2, with the GoatTracker, and it is really nice.

There’s other software of course; for instance, there is Unreal Speccy Emulator for ZX/AY lovers and so on. There’s also really complex software-synthesizers that you can use.

Do you have a background in chiptune music?

For chiptune stuff I mostly use a ZX Spectrum 48K with AY-interface, although when I started in the late eighties, there was only BEEPER accessible, so initially I was making 1-bit music on ‘Wham! The Music Box’ and after that I changed to SoundTracker 1.1 and the AY chip.

Since then I’ve made music for over 60 games, mostly for ZX Spectrum; sometimes with such distinguished ZX game-developers like Jonathan Cauldwell – and many other, equally talented friends.

I participated in making numerous demos for Spectrum and Atari ST – and played many chiptune concerts in various places on planet Earth.

How long have you been making music?

I remember making songs for our group’s first demos and games in 1987 – games like Ghost Eater (1987) andHunting (1988) – but I don’t think they exist any more (everything was recorded on tapes in those days) so the earliest demo I still have containing my chiptune attempts comes from 1989 and my first game music (a text adventure) comes from 1993. 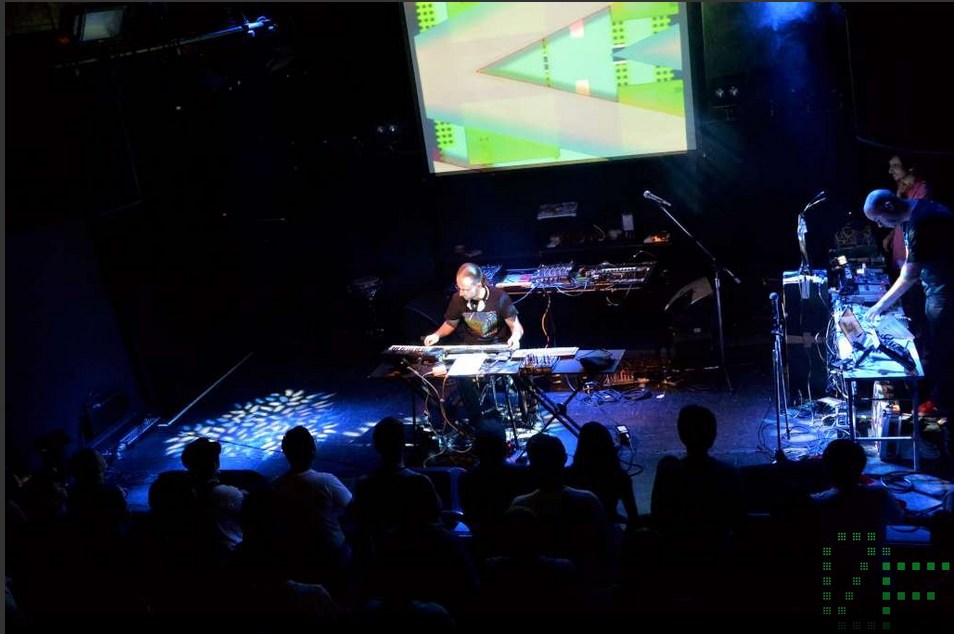 Have you used the Raspberry Pi for anything else?

Like I mentioned before, the Pi is a powerful machine so I use it for literally everything. It’s as useful as any other modern computer (not to mention it’s much cheaper, smaller, cuter, and far more portable).

Text editing, spreadsheets, internet with YouTube included, music listening, watching movies, and stuff like that. I also do a lot of gaming, mostly using RetroPie.

I have my PC and the Pi permanently connected into one switchable monitor so I don’t have to buy a second PC, as the Pi is totally enough. Ten years ago this was unthinkable. They weren’t called towers for nothing.

Do you plan on making more music with Raspberry Pi?

Actually I do. Of course, every time I try to make some new stuff, so this time I was considering buying and using the Raspberry Pi Zero for a change. A smaller machine, more limited – it might be interesting. I will try, presumably.

Another thing would be to make something for the Pi 3, but it’s so powerful that probably I would have to make – I don’t know – some symphonic music on it? Which might be tricky because last time I tried that was in the ‘90s. Also, trackers aren’t very good for this particular kind of music (MIDI is better here). But we will see. Or hear.