It’s a remote-control device powered by Raspberry Pi that controls a mini-split heat pump, which is a kind of heating and cooling unit used in some homes.

“Mini-split heat pumps use a lot of energy when it is really cold out, and are the one home device we have that may continue to run unnoticed during an outage, such as when we are asleep or out of the house, causing the batteries to drain down rapidly,” he explains further. “So, finding a way to automatically shut them off at the start of an outage became the goal of this project, and in the process ended up with full web control of the mini-splits. Yes, they could have been put on a separate panel that is not powered during an outage. However, what’s the fun in that? We still wanted the ability to run them for A/C during the summer when they don’t use up much energy.” 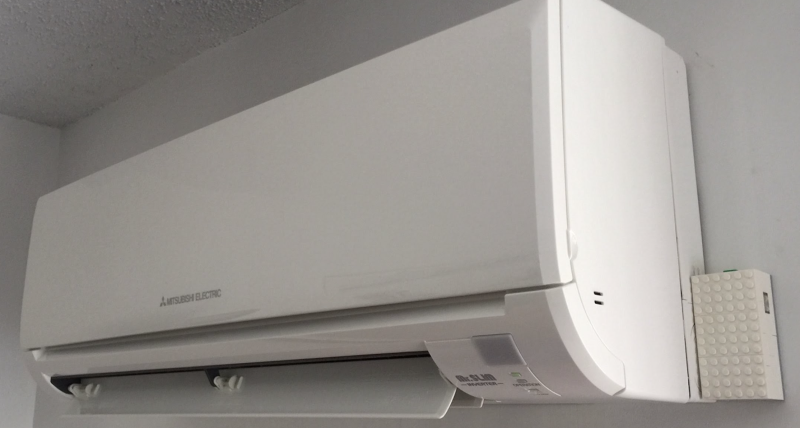 While there are commercial products that perform this function, they tend to cost around $200 (£140), whereas Robert’s Raspberry Pi version costs only $20 (£14) for each device. They also wouldn’t perform the shut-off during the grid outage that he originally planned to control.

The MiniSplitPi is connected via a CM105 port on the heat pumps, which are usually used with the official remote control products.

“The CN105 connector pins provide 12 V, ground, 5 V, TX, and RX,” Robert explains. “Communications are through the serial UART (TX/RX). Although the 5 V could possibly be used to power Raspberry Pi, in an abundance of caution the 12 V was used instead, along with a buck converter to step down the voltage to the required 5 V for Raspberry Pi. Similarly, the CN105 TX/RX are 5 V, whereas Raspberry Pi requires 3 V, so a bidirectional logic level converter was used.”

Robert added other features, such as a shutdown button if wireless contact is lost, an LED for at-a-glance checks of the grid, and a motion-activated screen with more data and adjustable settings. 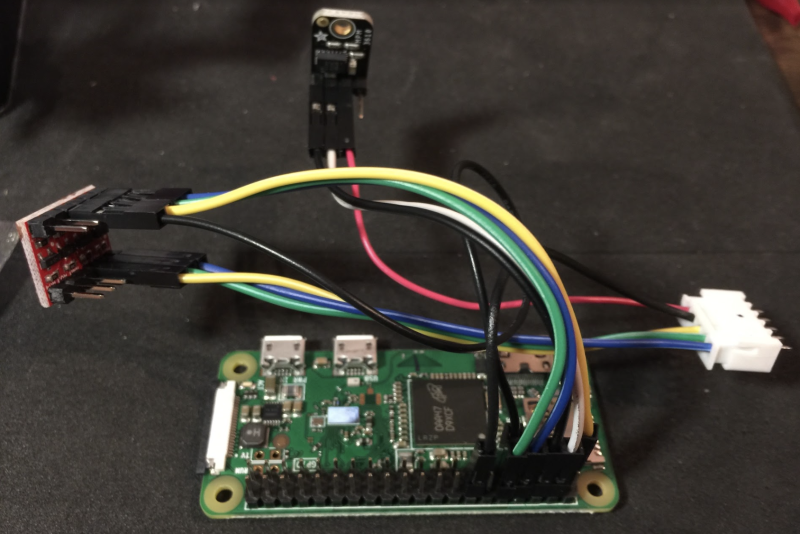 “The MiniSplitPi has worked remarkably well,” Robert says. “Being able to control all of the mini-splits from a single web interface has made life easier. The one gotcha I have found, and am still chasing down, is trying to switch multiple heads from heating to cooling mode at the same time. This is usually only required twice a year, so turning them off then on again in the new mode, something that can be automated, is not a big issue. The primary reason for developing the MiniSplitPi has worked extremely well, though. As our home is now powered by photovoltaics with Tesla Powerwall batteries for backup, I wanted a way to have the mini-splits go off automatically after ten minutes if the grid goes down, so the batteries are not quickly drained. The MiniSplitPi worked as expected for the power outages we had over this past winter, and it has been useful to have the LED on it showing an active outage, as it is not always evident when the grid goes down.”

Plans for a big touchscreen to work as a thermostat are in the works as well, so that it’s more accessible to family members.