A few weeks ago it was teased that a new Pi Zero was coming with an oft-requested feature for the tiny computer. This morning at 9 AM on the dot UK time, this new v1.3 of the Pi Zero was released with a pint-sized CSI connector that allows you to connect the Raspberry Pi Camera Module. The best part? It still costs the same at $5.

Unlike the other models of Raspberry Pi, the connector for the camera is on the edge of the board and the ribbon is connected on this side rather than at the top. This keeps the profile of the Pi Zero very low and makes for an interestingly different orientation for the camera which should be useful in some projects. 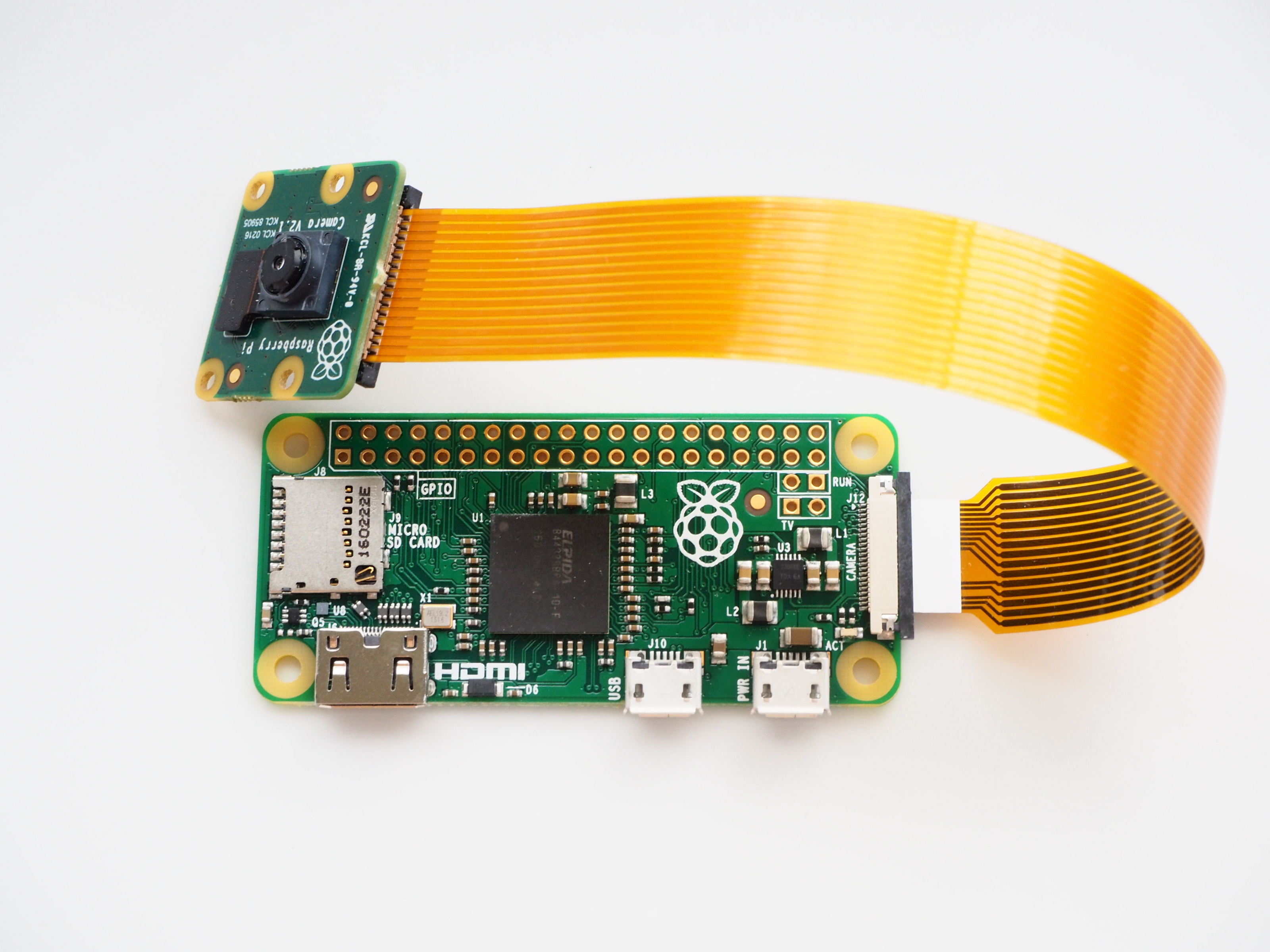 In a blog post by Eben Upton himself, he explains how by pure luck that a connector used on the compute module IO board just fit onto the side of the Pi Zero between the mount holes. This does mean you'll need a new ribbon cable for the camera module though, although they cost roughly the same price of the Pi Zero itself ($5/£4) and they're extremely easy to install.

This also means the Pi Zero is back in stock! You can buy it with the new camera connector from The Pi Hut, Pimoroni, Adafruit, and in-store at a Micro Center. The adapter cables can also be found on these sites as well.

Interested in what to do with the camera once you get it? The last issue of The MagPi was a camera special and had plenty of projects to try out. Happy snapping!