We speak to Eben Upton to find out what makes the Raspberry Pi 3 tick....

It's been four years since the launch of the original Raspberry Pi, and project co-founder Eben Upton has but one word to describe that period: “Packed!”he laughs from his home in a small Cambridgeshire village. “Just sort of non-stop.”

“There’s just this sense of not really having stopped,” he tells us on behalf of the growing Raspberry Pi team. “Of just having worked continuously.”

The full interveiew, including comments from James Adams, will be available in The MagPi 43, out Thursday.

The culmination of the team’s ambitions, the Raspberry Pi 3 excites Eben for one main reason: “Connectivity. The other stuff is just quantitative change, it’s just faster, more,” he explains. “The wireless and Bluetooth is the big step change on this device. It’s something people have asked us for for a long time. It’s been this missing element of the platform. 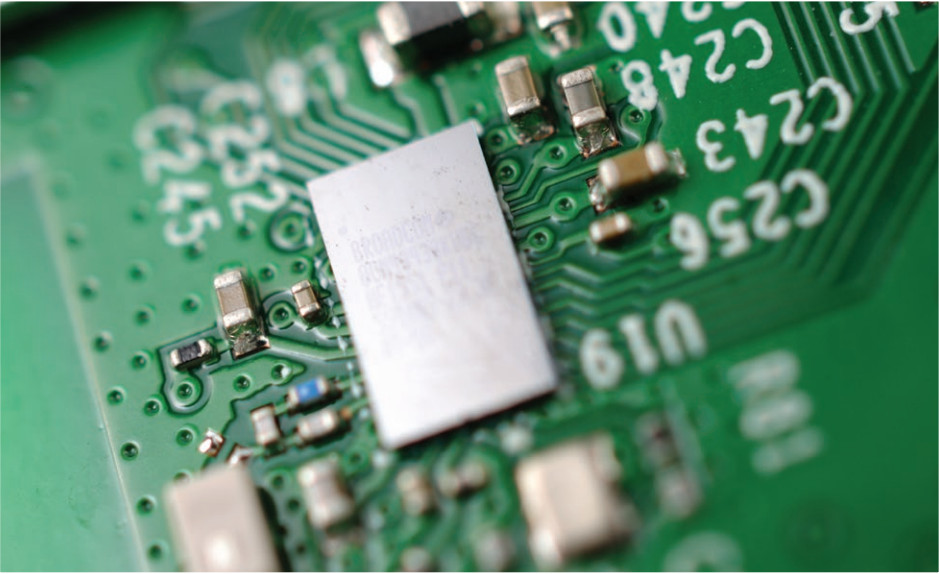 “It wasn’t on the original device because it was a million miles beyond us at the kind of scale we were at back then,” Eben admits, thinking back to the early days of the Foundation. “We sold 800,000 Raspberry Pis before we hired our first employee. There’s no way you could do this sort of stuff with no employees. It’s eaten a couple of man-years, probably, getting radio onto the device.”

Conformance testing, too, would have been difficult. “You can do all the testing for an unintentional radiator in a couple of days. Pete [Lomas] and I did the original one; Pete, James [Adams], Gordon[Hollingworth], and I did the subsequent products,” Eben recalls. “The radio stuff, you give it to a guy and he takes six weeks and just rams through all of these tests. The test campaign for Pi 3 has cost us, basically, £100,000,” some ten times that of its radiofree predecessors.

The radio chip isn’t the only new feature, of course. The new BCM2837 system-on-chip has been developed specifically for the project by Broadcom. “It’s kind of a mixture of being able to make a business case for it, and then all those people at Broadcom whobelieved in the mission and were prepared to do the work to get it over the line,” Eben explains of how the Foundation was able to convince the multinational chip giant to build custom chips for the project. “That’s people from fresh graduate engineers all the way up to people in the C-suite at the top. Tricky, though!”

Even with the chip designed and taped out in March of last year, the Foundation had some final input for Broadcom in order to add twonew features: direct USB massstorage and PXE network boot capabilities. “Gordon rewrote the boot ROM for the chip and then provided an updated boot ROM to Broadcom, saying ‘shove this in the chip, it’ll work’,” Eben laughs. “And it does! 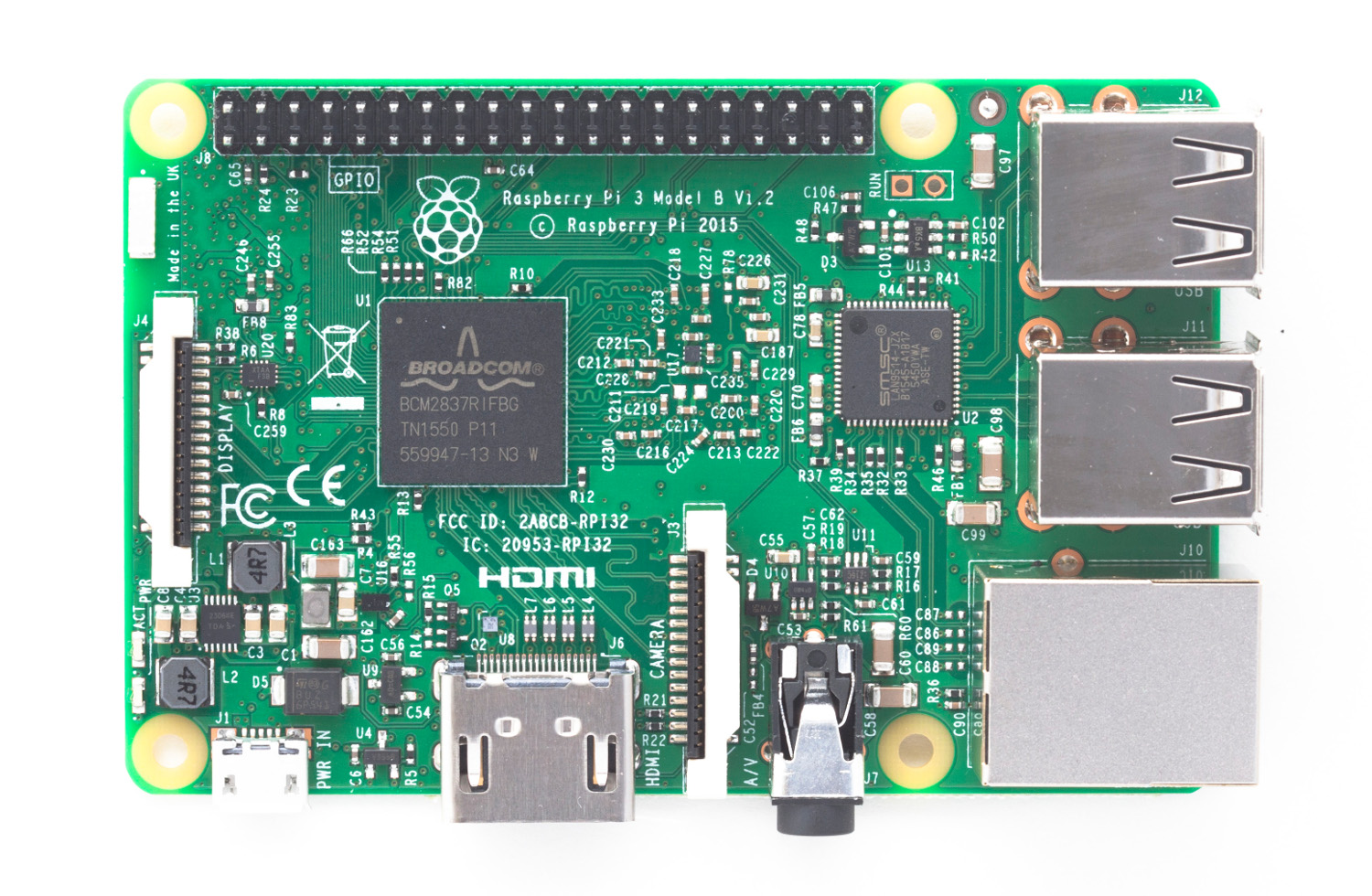 “The other interesting thing about the chip is for all other ones the implementation work was done entirely in Cambridge; this one was a collaboration with Broadcom’s settop box engineering group in Aztec West [business park] in Bristol.”

Eben readily admits that not all the capabilities of the new parts are going to be used at launch, however. “Although it is a 64‑bit core, we’re using it as just a faster 32-bit core,” he reveals aboutthe Pi 3’s central processing unit. “I can imagine there’d be some real benefits [to 64-bit code]. The downside is that you do really create a separate world. To access that benefit, you’d have to have two operating systems. I’m hoping that someone will come and demonstrate to me that this is a good idea. But there are some really compelling advantages to still being basically ARMv6, and because it’s [Cortex-]A53 it’s a really good 32‑bit processor.”

Aware of the high demand that a Raspberry Pi launch typically encounters, talk turns to production. “We’ve already made 30,000 of it,” Eben discloses, still some weeks ahead of the release. “I’d like to do at least three million units, and that requires you to build, say, 60,000 a week. We’ll probably build around 100,000 a week in the UK, plus whatever Embest builds in China, for a month or two, then you back off to maybe 60,000 a week.” 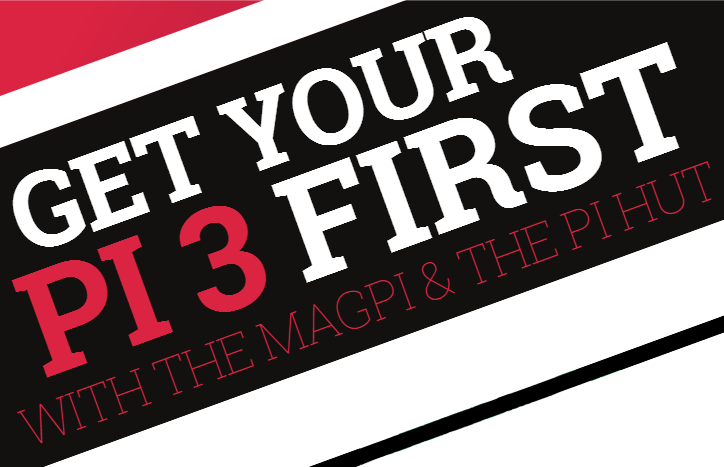 Excited by all this and the possibilites of the Raspberry Pi 3? Want to get one right now? Subscribers to the print version of The MagPi can jump the queue at The Pi Hut to get priority handling on your orders. The good news is, if you're already a print subscriber, you should be getting an email about it right now. The better news is, if you subscribe to The MagPi before Sunday 13 March 2016 you too can get a code to jump the queue. Subscribe today, jump the queue and never miss another issue.