It’s fair to say that the Pi Zero caused more than a bit of splash. Our new favourite smallest computer topped Twitter and caused chaos at British newsagents when it was cover-mounted on The MagPi. Even President Obama got a copy.

The full article can be found in The MagPi 41

Those lucky enough to get a Zero quickly created some great projects and discovered its nuances. That the Pi Zero has RCA output was not lost on Spanner Spencer, community manager at Element14, who realised it could be inserted inside an old television.

“I picked up some crummy old Grundig for 20 quid at a charity shop in Huddersfield,” says Spanner. “It’s nice to think that the first ever Pi Zero games machine did its bit for charity.

“Initially, I soldered a couple of flying leads to the back of the composite phono socket,” he continues, “but there was something skewey going on, and I didn’t get a picture. Instead, I switched to using the composite video in on the SCART socket and then soldering the wires onto the PCB underneath to avoid external wiring. 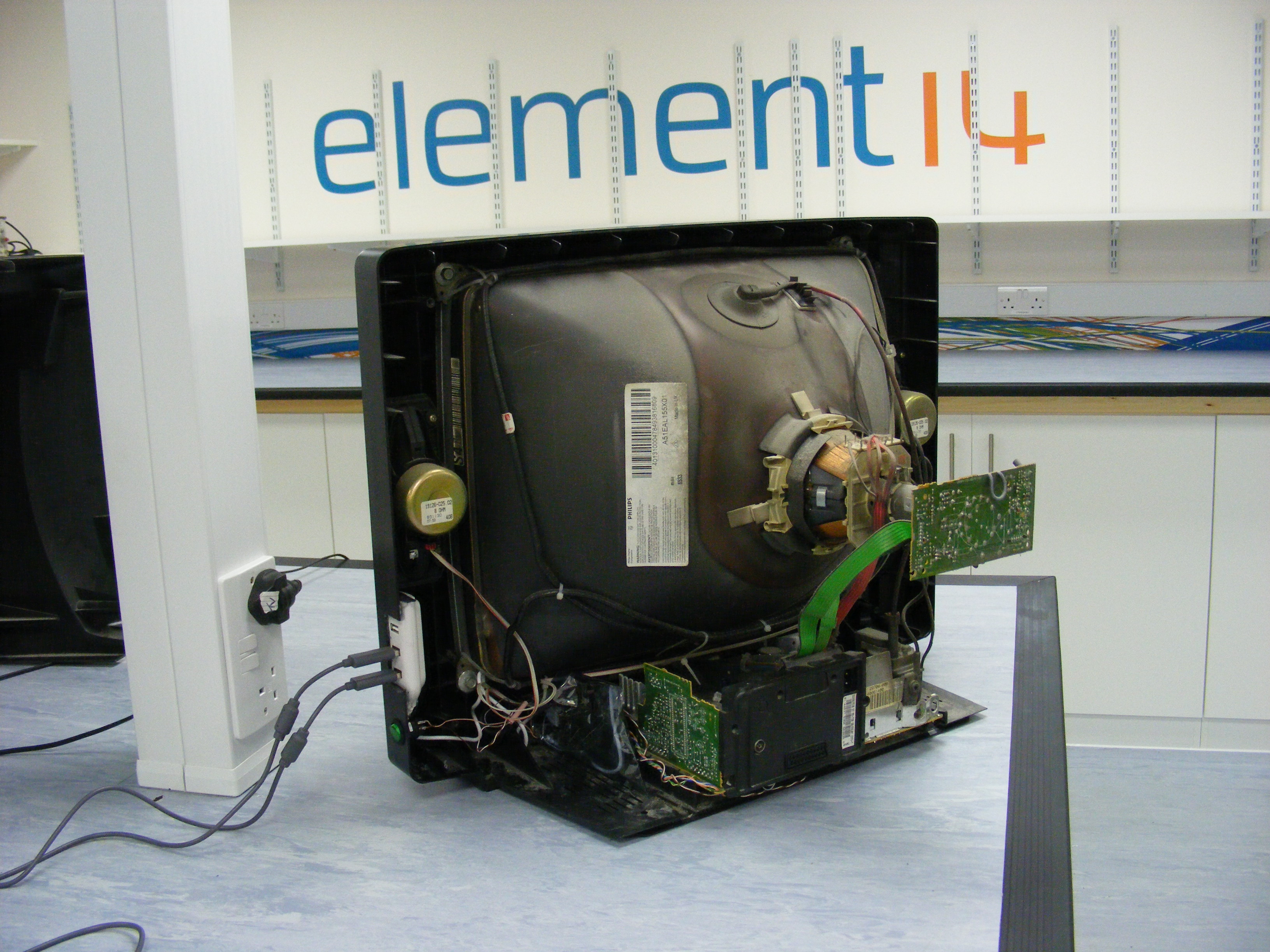 “The video signal came from the Pi Zero’s composite output, which I soldered directly. It’s a tad permanent, and it would have been better to add some pins and a plug to make the board easier to remove, but there you go.”

The Pi Zero is small enough to tuck inside the television, but that makes it hard to access. However, RetroPie enables you to transfer games by via a USB drive, so Spanner decided to use a USB hub to provide an external connection.

“We cobbled together a powered USB hub from a pound-shop hub,” he tells us, “[and] soldered a socket onto the power lines on the PCB and replaced the cable with a butchered micro-USB one. We also ran a second micro-USB cable out of the hub to power the Pi Zero, so both the hub and the board run from a single 5V power supply. 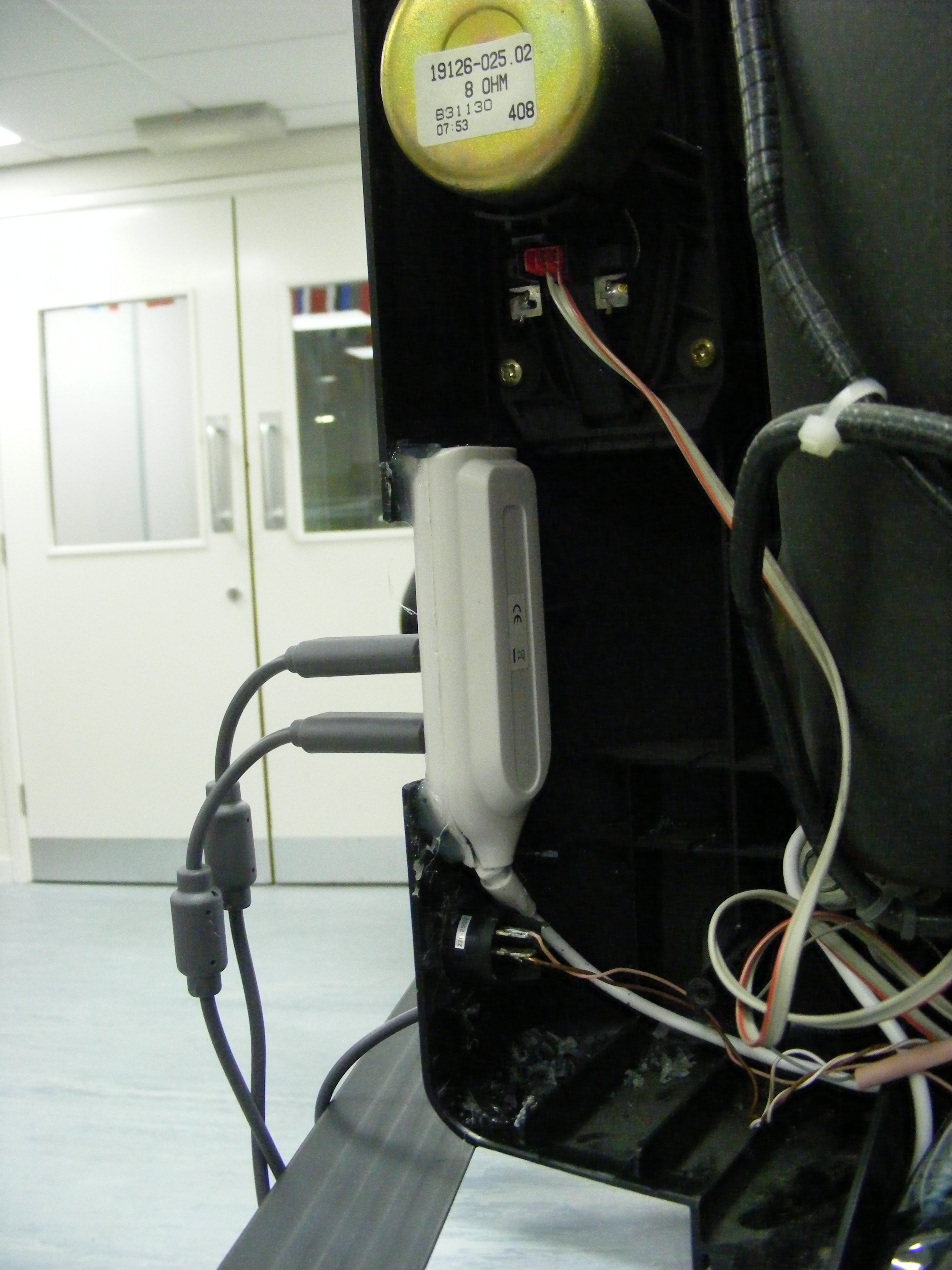 “Other than having to change the composite output from the default NTSC to PAL in the Pi Zero’s config file, it all worked right out of the box. We’re able to play classic computer and console games like the Mega Drive, SNES, Amiga, ZX Spectrum, and loads of others.”

The Pi Zero turns out to be great for retro gaming. “Given the extra RAM overhead and being able to crank the Pi Zero up to 1GHz, it’s coped with RetroPie beautifully,” says Spanner. “For the older systems, you don’t even need to overclock it, so make it easy on yourself if you’re planning on playing Atari 2600 games.”

Safety announcement! Working inside old CRT televisions is dangerous (and not in a cool way). It is important to wear safety goggles and to discharge the electricity completely. Residual charge in an old CRT television can easily kill you. Please don’t open an old TV set if you don’t know what you’re doing; it’s wiser to connect the RCA from the Pi Zero to a SCART cable and plug this into the television, or use a newer HDMI monitor for your retro-gaming system. 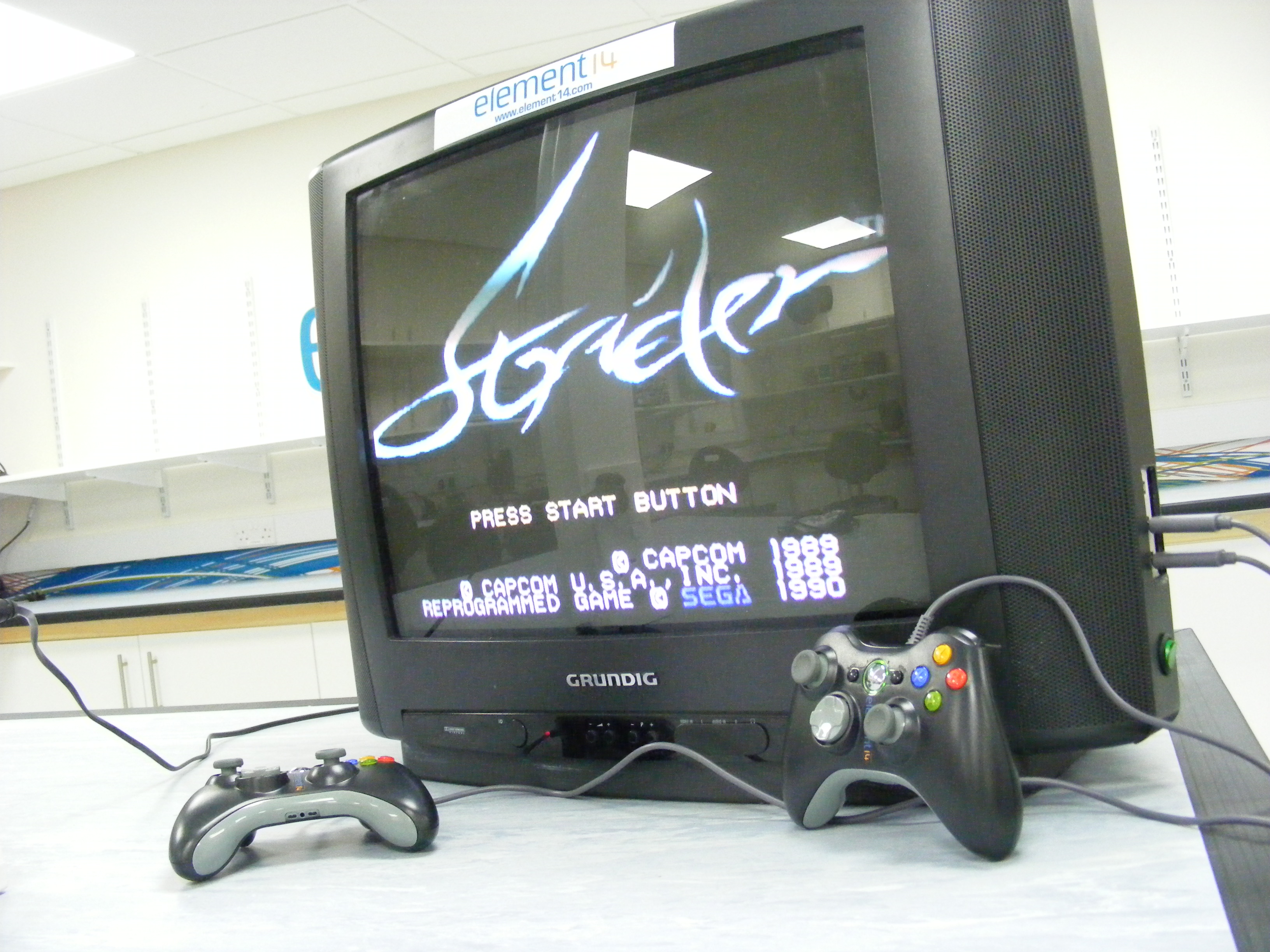