Raspberry Pi 4 layout means new cases, including a new version of the famous Pibow. We check it out, along with a cooling Fan SHIM

One glance at Raspberry Pi 4 and you’ll notice that it looks quite a bit different from your standard Raspberry Pi Model B. Since the original Raspberry Pi B+ came out, all Raspberry Pi boards have had a standard port layout, but with new tech comes new features, which is why Raspberry Pi 4 has some extra ports and a shuffling around of the USB and Ethernet.

You can read why the board layout has changed in issue 83; however, it does mean you’ll either need to hack apart an old Raspberry Pi case or get a new one. Which is where Pimoroni comes in, as it so often does, with the new Pibow Coupé for Raspberry Pi 4 (£9/$9).

Currently the Coupé is the only case style that Pimoroni is making for Raspberry Pi 4, lacking the top layers of a full Pibow. However, it still partially covers and protects a Raspberry Pi 4 while giving full access to the GPIO and ports. It also comes with a bonus feature: the ability to add a special fan to help keep your Raspberry Pi 4 nice and cool.

Construction of the case is simple. There are five numbered slices of plastic that slot on and around Raspberry Pi 4, which are then tightened with some plastic nuts and bolts. We were able to put it together in a couple of minutes; if you’re having trouble, however, there’s a handy online build video from Pimoroni. 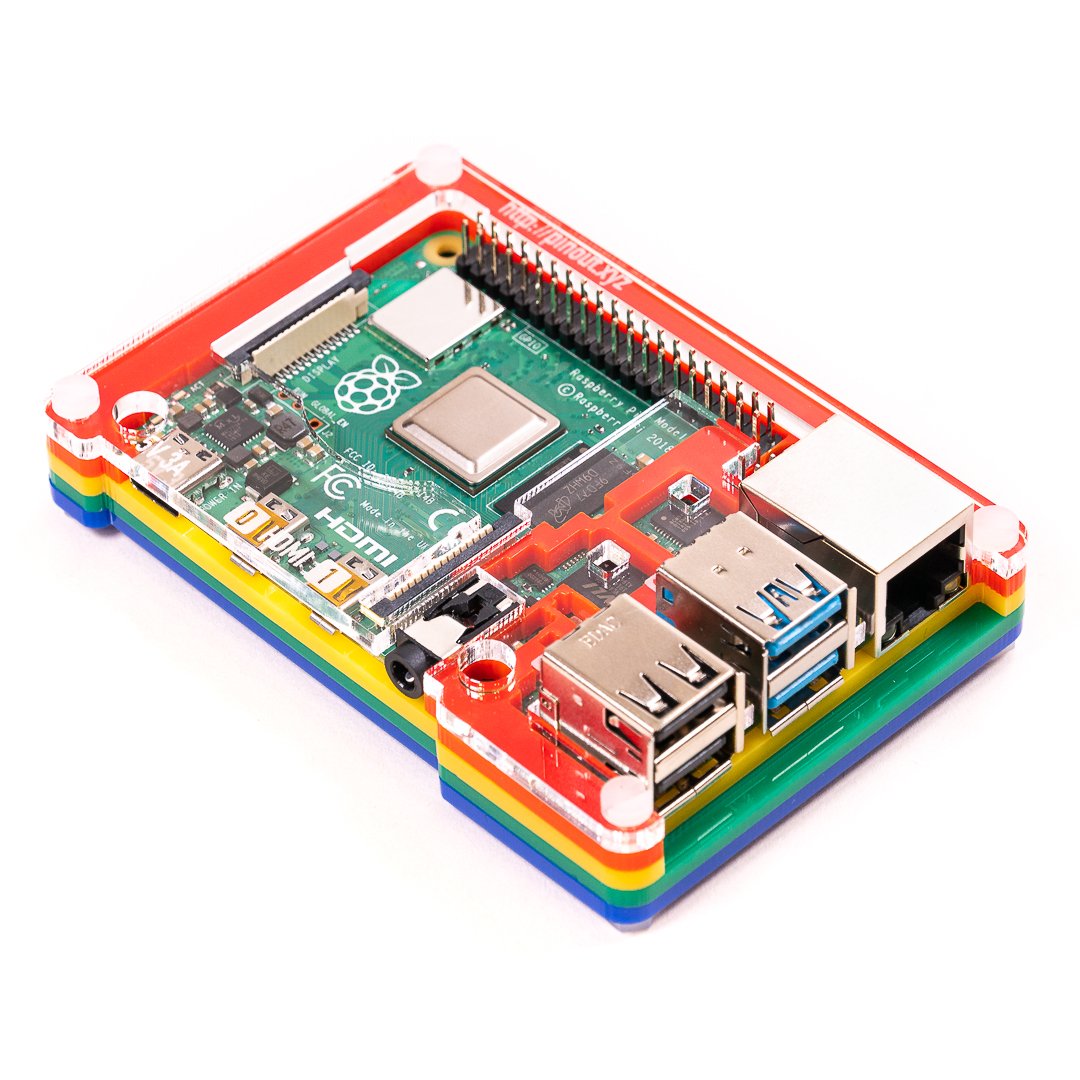 If you’ve ever had a Pibow case, you know the score – it’s sturdy, light, and looks pretty nice. Importantly, it keeps a Raspberry Pi protected pretty well from dust, grubby fingers, and other environmental hazards. The top plate labels what each input/output port is, which is especially handy with the shuffles and additions for this hardware release.

Specific care has been taken to keep the important chips open to the air, allowing for better ventilation of the board. While you don’t need any special heat sinks or fans for Raspberry Pi 4, it doesn’t hurt to add them, and the Pibow Coupé is specifically designed to fit the new Fan SHIM (£10/$10).

Again, assembly is simple. Screw the fan onto the PCB, plug it in, then you can slip it over the GPIO pins while your Raspberry Pi is off. Quick and easy. However, you will need to install some software to control it, which is where it gets really fun.

Very basically, the software lets you turn the fan on and off. However, with different scripts, you can have it activate at specific temperatures and even change what the LED and button do. It’s very hackable and, according to tests, very effective as well. It also doesn’t sound like a hoover, which is always a bonus with a case fan. 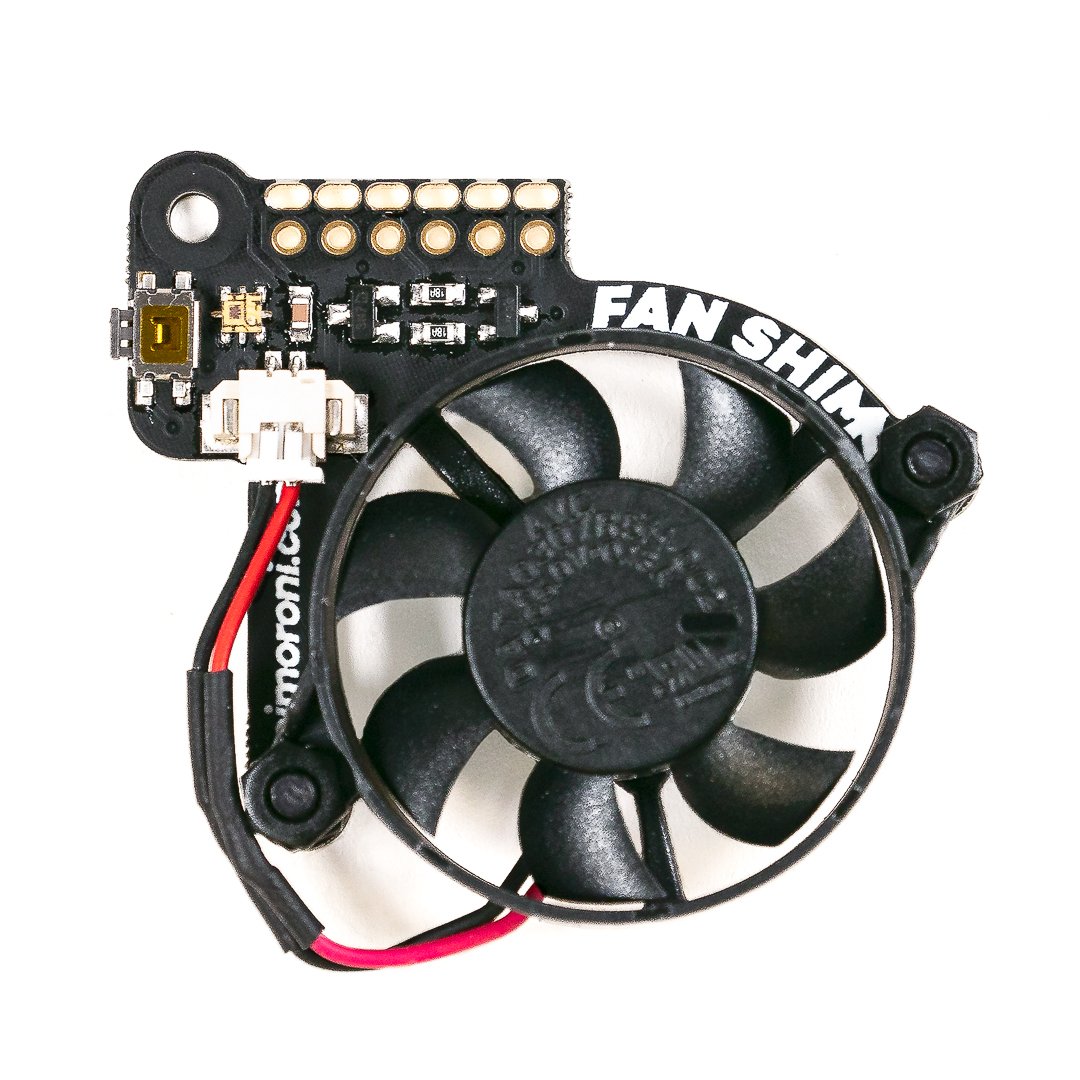 Raspberry Pi computers have been around for over seven years now, and Pimoroni making a nice case for one is hardly a shocker – however, it’s nice to see that the first round of Raspberry Pi 4 cases are great.

A great first case for Raspberry Pi 4, keeping it very accessible for tinkering and hacking. The optional Fan SHIM is ideal for cooling it during periods of high CPU load.