Within days of The MagPi 40 and Pi Zero's release, people had done some incredible things: new hacks, updated hacks, proofs of concept… There was a lot of excellent stuff flying around. You could spend a good couple of hours going back through the #pizero hashtag for them all, but here’s some of the best ones that we saw in the first month.

The full article can be found in The MagPi 41 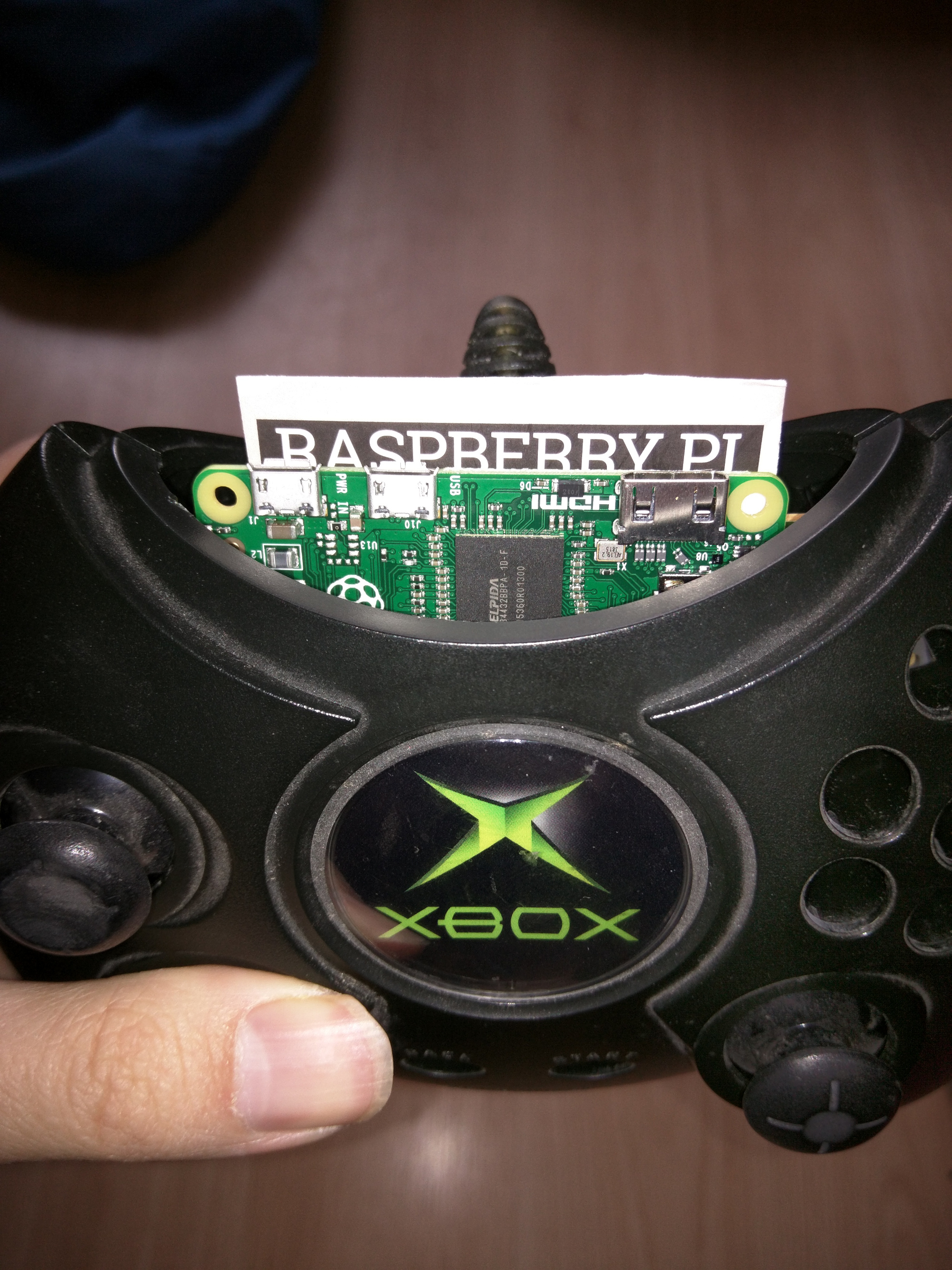 There are many colloquial names for the original controller for the first Xbox. The Duke. The Bear. The Fire Hazard. Its size is attributed to the urban legend of being ergonomic for ‘big American hands’; thanks to its size, however, it ended up being pretty perfect for Terence Eden’s project.

“I wanted to play retro games on my TV,” Terence tells us. “But I didn’t want to buy yet another box to sit under there. I also didn’t want to have to faff about with anything too complicated - wouldn’t it be great, I thought, if I could fit an entire games console inside a controller?

Similar to our project idea from issue 40, Terence thought originally about using the iconic NES controller. However, his wife pointed out that the larger Xbox controller would be perfect for what he had planned.

“So, this project was about stuffing a Pi inside a controller and using it to play Doom!”

Apparently it was a tight fit even for the Raspberry Pi Zero, meaning that some of the interior of the controller housing had to be shaved off to squeeze it in. “It’s great that all the ports are along one side; that makes fitting it into tight spots much easier,” Terence adds.

The component list was nothing fancy: just the standard cables needed to make the Zero work and the various assortment of tools needed.

Like everyone else, Terence has been inspired and is thinking how else he can make use of the Zero. “I’m curious as to whether it makes sense to use it as a door and window sensor. A Pi Zero is cheaper than a Z-Wave sensor so, as long as I can run power to it, I can place one on every door and window at home.” 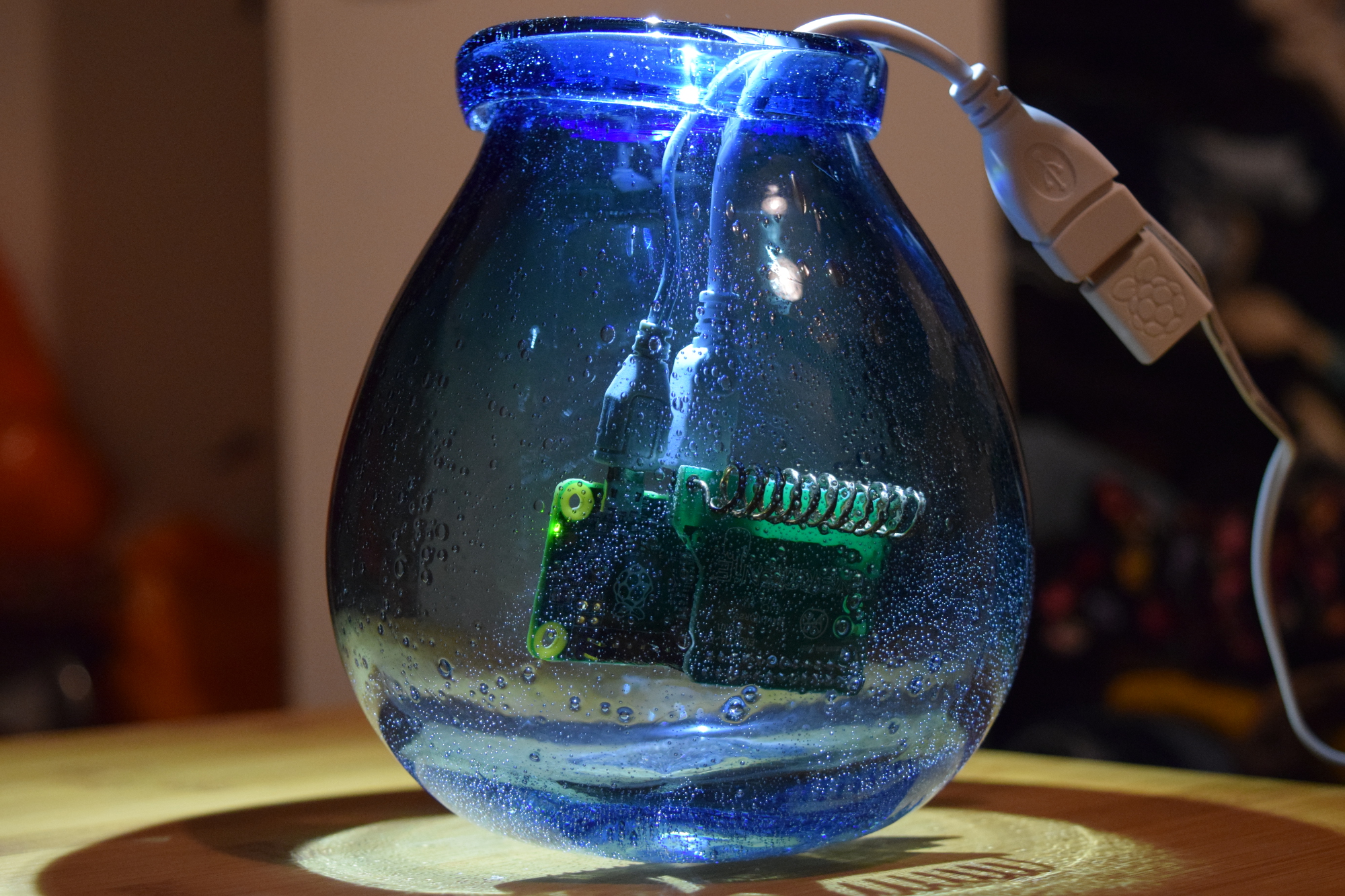 "The project uses the Pi Zero as a tiny wee hub to connect my electronic devices at home to potentially anything,” says Laura Trevail about the Pi Zero energy monitor. “It measures the device’s energy consumption and publishes that data live, where it can be found and interacted with by Things elsewhere… While I’m brewing up [a drink], I can turn my kettle into something else somewhere completely different if I like, someone else can join me when I’m having a cuppa if they like, or use my inferred coffee consumption data (or whatever else I am sharing) to drive their own story in ways I may never have imagined.”

So, a typical IoT device with a million uses from a simple concept! Apparently, Laura and Danielle Grayston spent the morning scouring two counties looking for a copy of The MagPi, and were surprised by how small the Pi Zero was when they finally got their hands on one.

The project makes use of Energenie, specifically an Energenie two-way PiMote and an Energenie MiHome monitor that uses David Whale’s pyenergenie library. 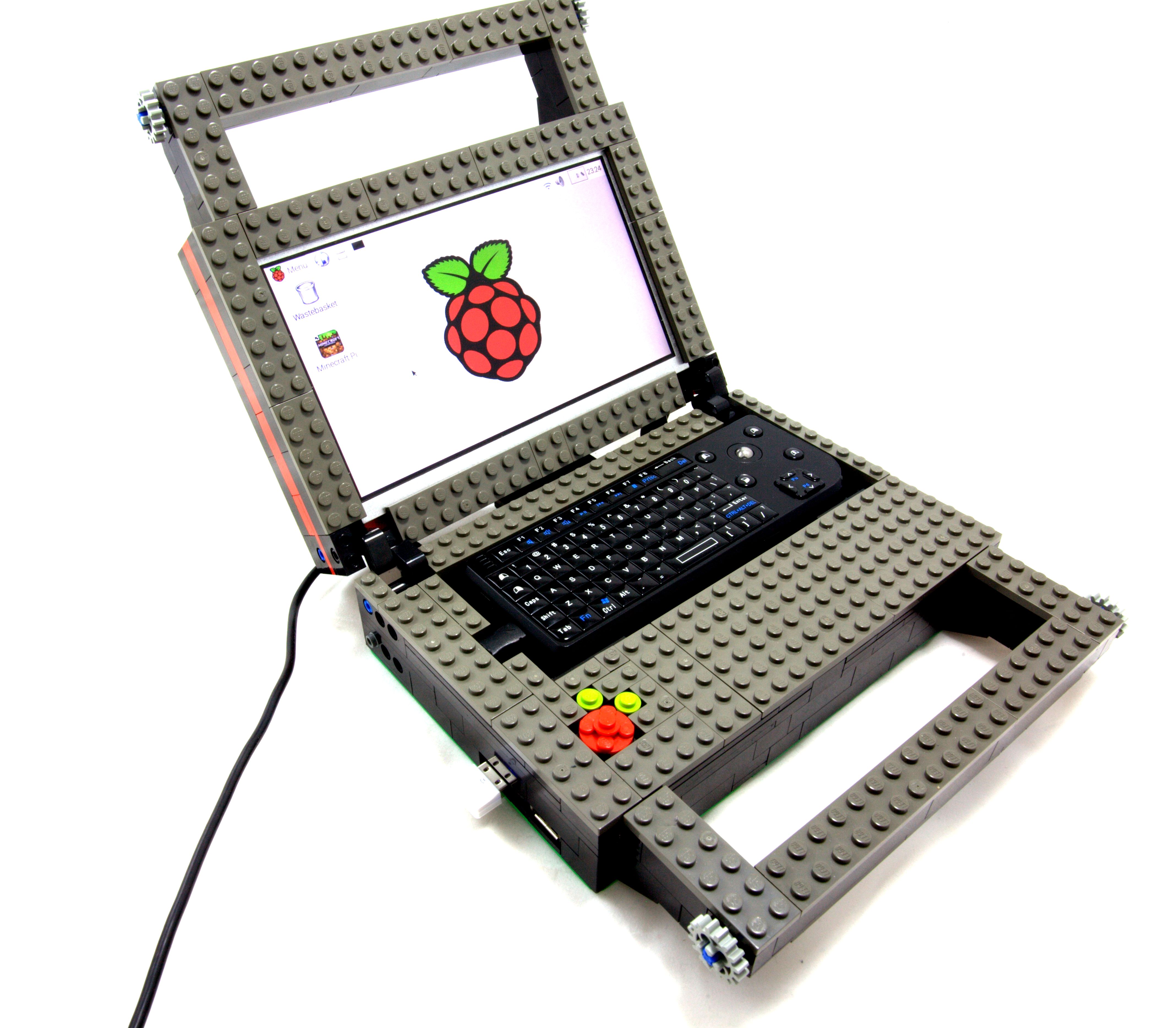 Lego cases have been a major part of Raspberry Pi since it very first launched – especially when there was very little available in the way of cases at the very start. Taking that to its logical conclusion in a very short time, a Lego Pi-powered laptop was created, and everyone loved it.

“It’s a small portable Raspberry Pi system, ideal for carrying to events without having to carry around a separate monitor and keyboard,” its creator Peter Howkins tells us. “It combines two of my hobbies: Raspberry Pi and Lego. This is the third variation of my laptop; it started using an original Model B, then I rebuilt it to fit the B+ and Pi 2, and now it’s using the Pi Zero.”

Peter could not believe the price of the Pi Zero when he found out about it, but it really does drive down the cost of the overall Lego laptop build. It contains converters, hacked USB ports, a screen, a USB power pack, mini keyboard, cables, and an awful lot of Lego. 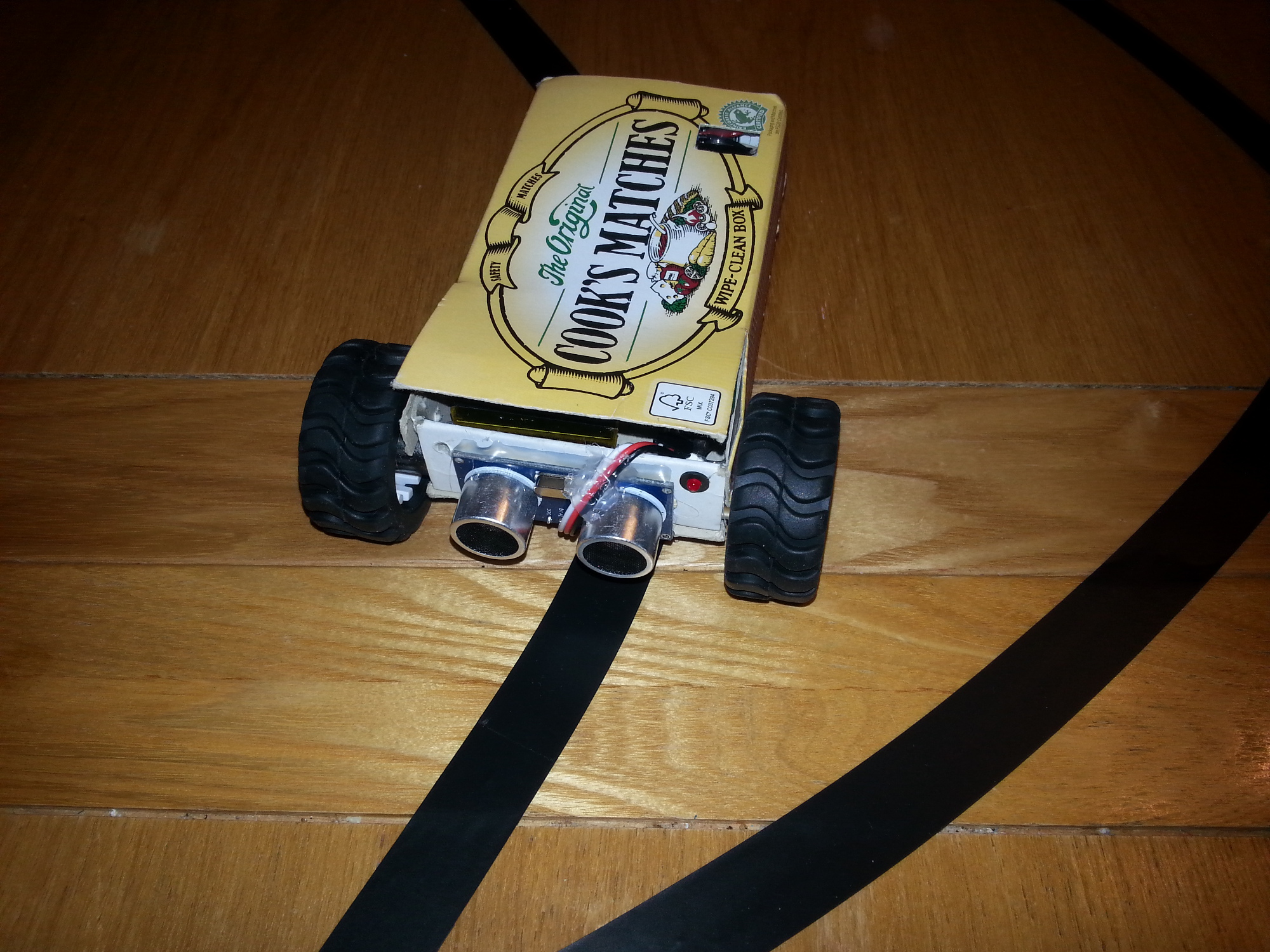 In the last issue, we had an excellent 3D-printed Pi Zero robot, as made by Richard Hayler. We didn’t think we’d start seeing more robots until a few weeks down the line, but only a few days later, Mark Cantrill’s Zero-powered Matchbot crossed our Twitter feed.

“Matchbot, which was built in just a couple of days, is just for a bit of fun really,” Mark tells us. “When the Pi Zero came out, I gave myself a challenge of building something really tiny. I really wanted a break from other things that I’ve been working on recently, and a chance to join in the fun of Pi Wars. Plus, as a nice simple robot, I hope to use it to help get our two girls interested in the Raspberry Pi and physical computing.”

While it would have been amazing in itself to use spare robot kit he had lying around, Mark actually repurposed the parts of a CamJam EduKit 3 to build it.

“It’s built from a large matchbox, two tiny geared motors, plus wheels, and the rest (motor drivers, sensors, and battery box) is mostly from a CamJam EduKit 3. There’s also a 5V regulator so that it can use the motor battery to power the Pi.”

As well as the motorised wheels, the Matchbot features ultrasonic distance sensors and a line-following sensor.

Fitting the robot inside a matchbox is a feat in itself. However, the control interface for the Matchbot is inspired – with no WiFi to talk to it remotely, Mark has programmed the distance sensors to change mode depending on how long you hold your hand out in front of it, with a flashing LED giving you an indication of what mode you’ve activated. On the day, at Pi Wars, it handled the line-following course very well!