This handcrafted wooden instrument can play any MIDI tune

“The most fundamental [problem] was that I had no idea how a pipe organ actually worked,” admits Wendell, who eventually based its mechanical workings on a project by Matthias Wandel.

The most difficult part was making the 42 wooden pipes, which span three-and-half octaves, since each one has unique dimensions to produce the correct pitch. For this, Wendell used information provided by Raphi Giangiulio’s YouTube videos. 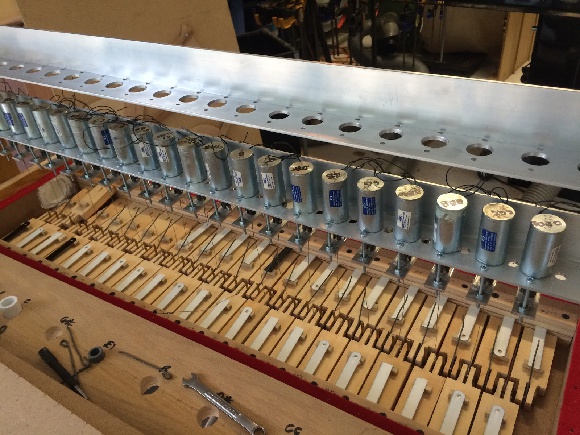 The pipes are linked via PVC plumbing to a wind chest powered by a Kooltronic KBR125 blower, as used in data centres. “I had originally tried a small shop vac as a blower,” Wendell tells us. “It had two problems. The first was that it was very noisy; the second was that it ran hot. When I enclosed it in a box to control the noise, it got so hot that my first one burned out.”

To make it play, each wooden pipe has a valve opened and closed by a solenoid, triggered from an Arduino Due via a power-boosting driver board. The ‘brains’ of the operation is a Raspberry Pi, which performs three main functions. As well as a graphical user interface for selecting music to play, it converts the MIDI binary files into delay/note-on/note-off commands, plus musical directions: “The Raspberry Pi takes into consideration tempo changes and any other subtleties in note timing, and converts them into a number of microseconds,” explains Wendell. “In this way, the Pi has done all the heavy lifting as far as calculations go.” Another Python program is then used to send this data to the Arduino via USB. 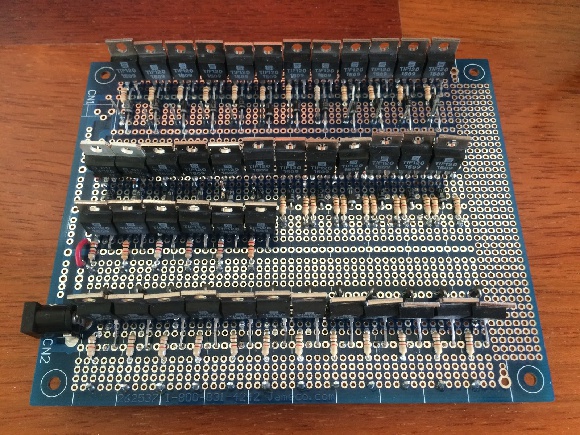 While the high-tech side of the project proved fairly hassle-free, the physical engineering was more problematic. One difficulty was the wind pressure regulator, which originally had a bellows-type mechanism. “I was trying out a few different designs, trying to develop one that was mechanically simple and dependable while producing a very stable pressure.” Fortunately, Wendell’s friend Jim, a retired HVAC engineer, stopped by and suggested a new approach, using a weight-controlled door as used in ventilation systems. “I whipped up a sample in about 20 minutes and it worked a treat.”

Another issue involved the spacing of the pipes, which Wendell discovered could interact with each other if placed too closely together. “I suddenly understood why organs were designed with the pipes in a few rows but spread out, not bunched together.” He also reversed the overall layout to put the solenoids at the front, so listeners can see them operating the valves. He has since added some LEDs: “It makes it much easier to follow what’s going on than just watching the solenoids.”

The finished pipe organ generated a lot of interest from attendees at the Orlando Maker Faire. “I think most people were able to walk away with some level of insight as to how the combination of the old technology of the pipe organ and the new technology of the computer and microcontroller fit together.”