Siri is an intelligent personal assistant, integrated with Apple devices, and SiriControl lets you use Siri with a Raspberry Pi.

From setting reminders to hailing taxis, Siri can do many things to make life easier. However, wouldn’t it be awesome if you could control anything with Siri?

SiriControl is a Python framework which provides a simple way of using Siri voice commands to add fantastic voice control to any project. The possibilities for SiriControl are endless, and as no extra hardware is required: you can get started right away.

Siri can create Notes by using the command word ‘note’. The new Note is then synced with the linked Gmail account. SiriControl fetches the new Note from the Gmail account, and executes the appropriate function from the dynamically loaded modules created by the user. This ingenious hack enables you to add fantastic voice control capabilities to any project, with minimal setup required.

Access for less secure apps needs to be enabled for your new account as Google identifies the connection between the Python script and mail servers as less secure. Click here for more info.

IMAP must also be enabled. This is found in the Gmail account settings, as shown in the image (on next page). This is the protocol SiriControl uses to fetch new Notes. 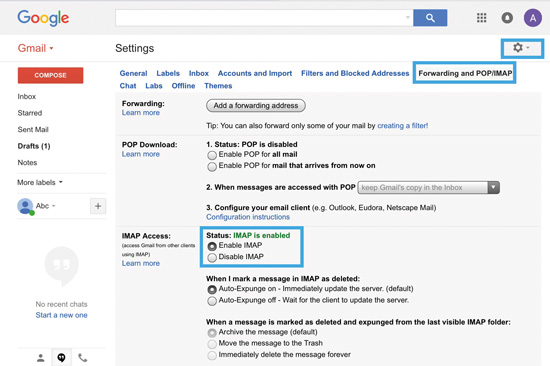 The Notes need to be synced with your Gmail account so that SiriControl can fetch the voice commands that you say, through Siri. So navigate to Settings > Notes > Accounts > Add Account on your iOS device, and add your new Gmail account.

After turning on Notes, ensure that the default account for creating Notes is the new account. Now, if you say to Siri, “Note this is awesome,” it should appear under the Notes section, under your Gmail account.

Finally, you will need to clone the SiriControl repository using:

You should get the answer. That’s it! You have finished the SiriControl setup. Now, let’s add your own voice commands.

STEP-05: Create your own modules

SiriControl uses a modular approach for adding your own commands. Each voice command, along with its action, is separated into different modules, found in the modules folder.

Every module must have the following:

Take a look at the life.py module, which comes with SiriControl, to gain a better understanding of how it works. Also, keep in mind that all modules you create must be stored in the modules directory for SiriControl to load when it starts up. The template Module.py is also included with SiriControl, which can be used as a reference.

Now you know how to create your own voice commands, what next? Well, whether it’s as simple as turning on an LED or controlling your TV using infrared signals – with the power of Siri behind it, the possibilities are endless! You could integrate SiriControl into any project. Due to the nature of the hack, you can control your Raspberry Pi from anywhere in the world, as long as you have an internet connection. This opens up many possibilities, including home automation and IoT. Anything is possible.

Want to know what’s playing on the radio anywhere in the world? Rob Zwetsloot goes on tour with RadioGlobe

If building a full-size arcade cabinet is a little too daunting, why not create a mini one using a Raspberry Pi Zero?, asks Nicola King