Thomas Geers is a fan of palm trees, although they’re not very common in Germany, where he lives. Seeking to help conserve an endangered species of palm tree – the Chilean honey (or wine) palm, Jubaea chilensis – he bought some seeds in the summer of 2018.

One issue, however, was palm tree seeds' long germination time: up to a year. This inspired Thomas to build a fully automated smart greenhouse to ensure stable conditions for the seeds and possibly encourage faster germination.

This article first appeared in The MagPi 83 magazine. Free Raspberry Pi with a 12-month print subscription to The MagPi magazine.

After purchasing a standard mini greenhouse from a hardware store, he modified it with a homemade housing. “The housing consists of a wooden frame and 1 cm-thick plywood, which are bolted together,” he tells us. “The wood is painted with a weatherproof wood glaze.”

He then equipped it with various sensors and automated systems for watering, heating, lighting, and air humidity – all controlled by a Python script running on Raspberry Pi 3B+ linked to a relay board. 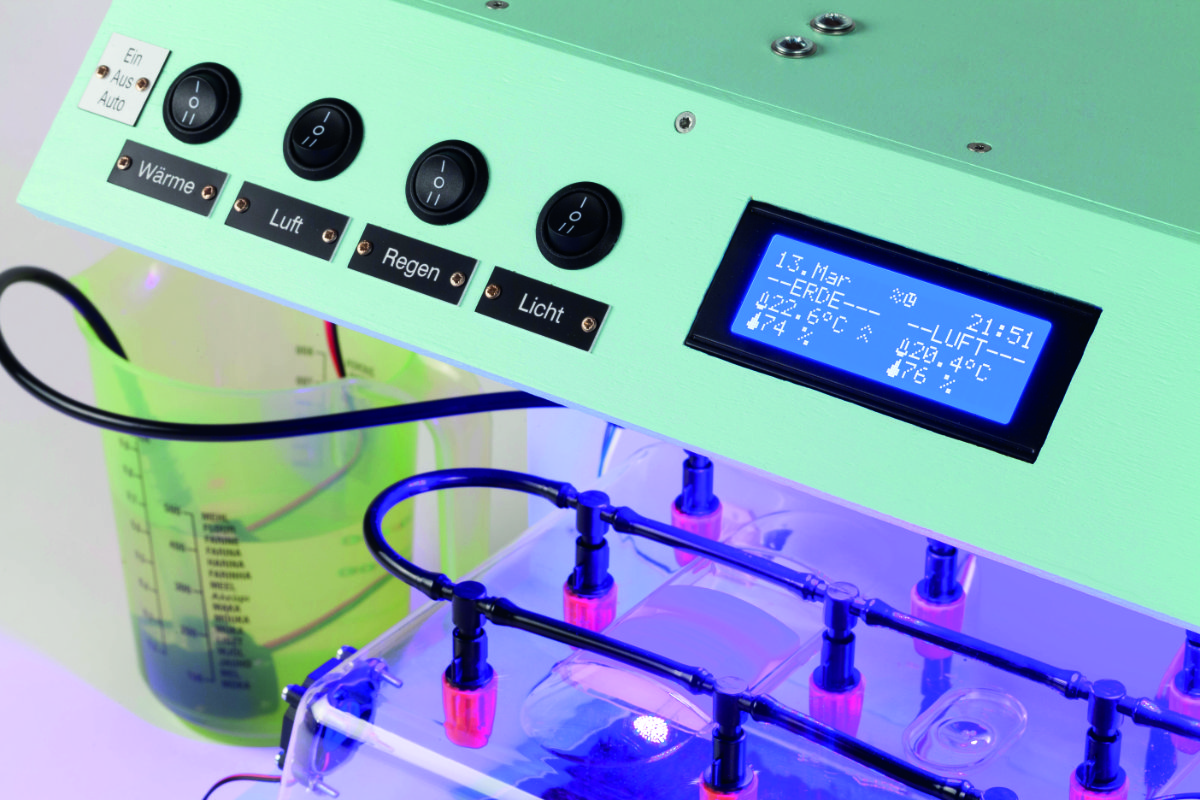 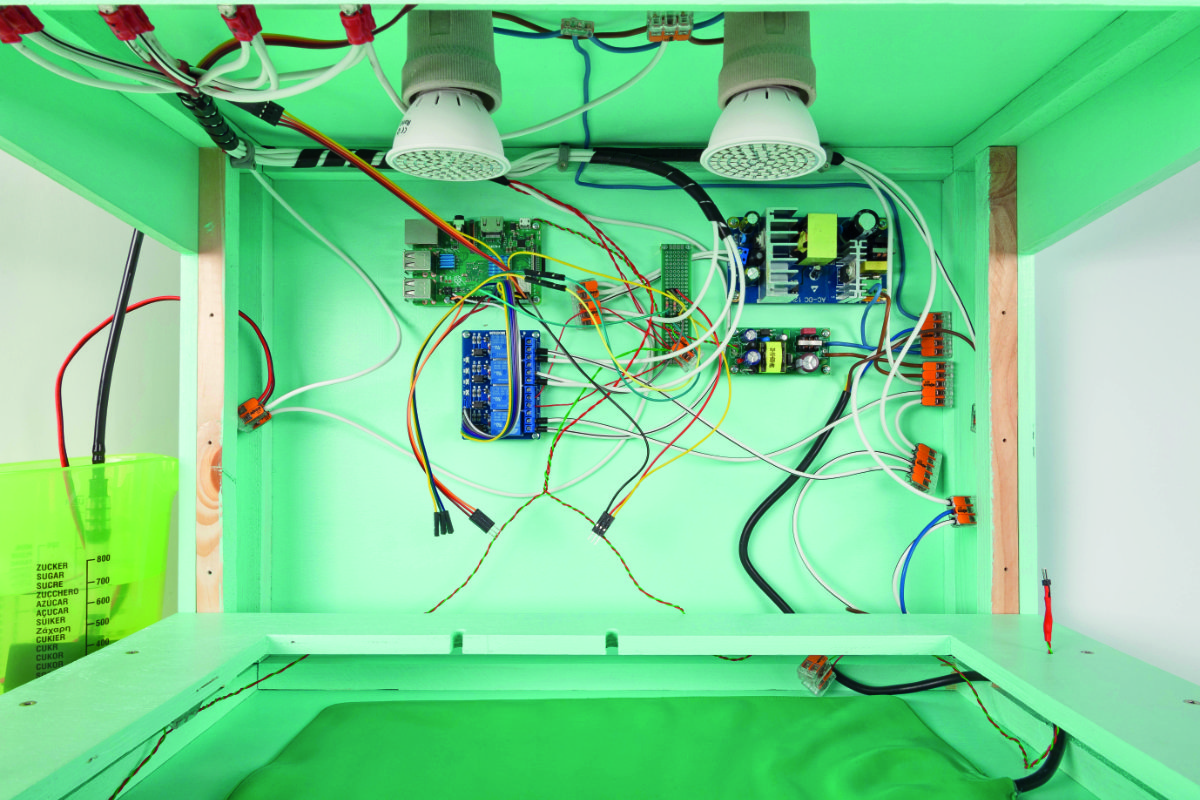 Automatic for the palm tree seeds

“For automatic irrigation, there are twelve spray nozzles in the housing cover which will be activated as soon as the soil is too dry,” explains Thomas. “For this purpose, there is a capacitive earth moisture sensor (Giesomat) in the earth.”

Another key factor is maintaining an ideal temperature for the seeds. For this, Thomas placed a DS18B20 sensor in the soil and a heating mat underneath the container. “As soon as the earth temperature falls below a set value, the mat heats up the earth,” says Thomas.

The automated lighting system comprises two LED plant lights which are switched on and off via a day/night time control – 12 hours on, 12 hours off.

Last but not least, there’s an automated air humidity control system: “In the cover housing are two small fans, which are either time-controlled or, depending on the humidity in the greenhouse, allow an exchange of air to prevent mould.”

In addition, Thomas has installed four switches so that he can turn all devices on and off individually and manually, if needed. A small LCD screen shows the temperature and moisture/humidity levels for the soil and air, with arrows indicating which values are currently being adjusted.

The project took Thomas two months to complete. “The hardest thing for me was programming, as this was my first Raspberry Pi project and I had no experience with Python,” he reveals.

“However, I had very good and friendly support from the German Raspberry Pi Forum.” 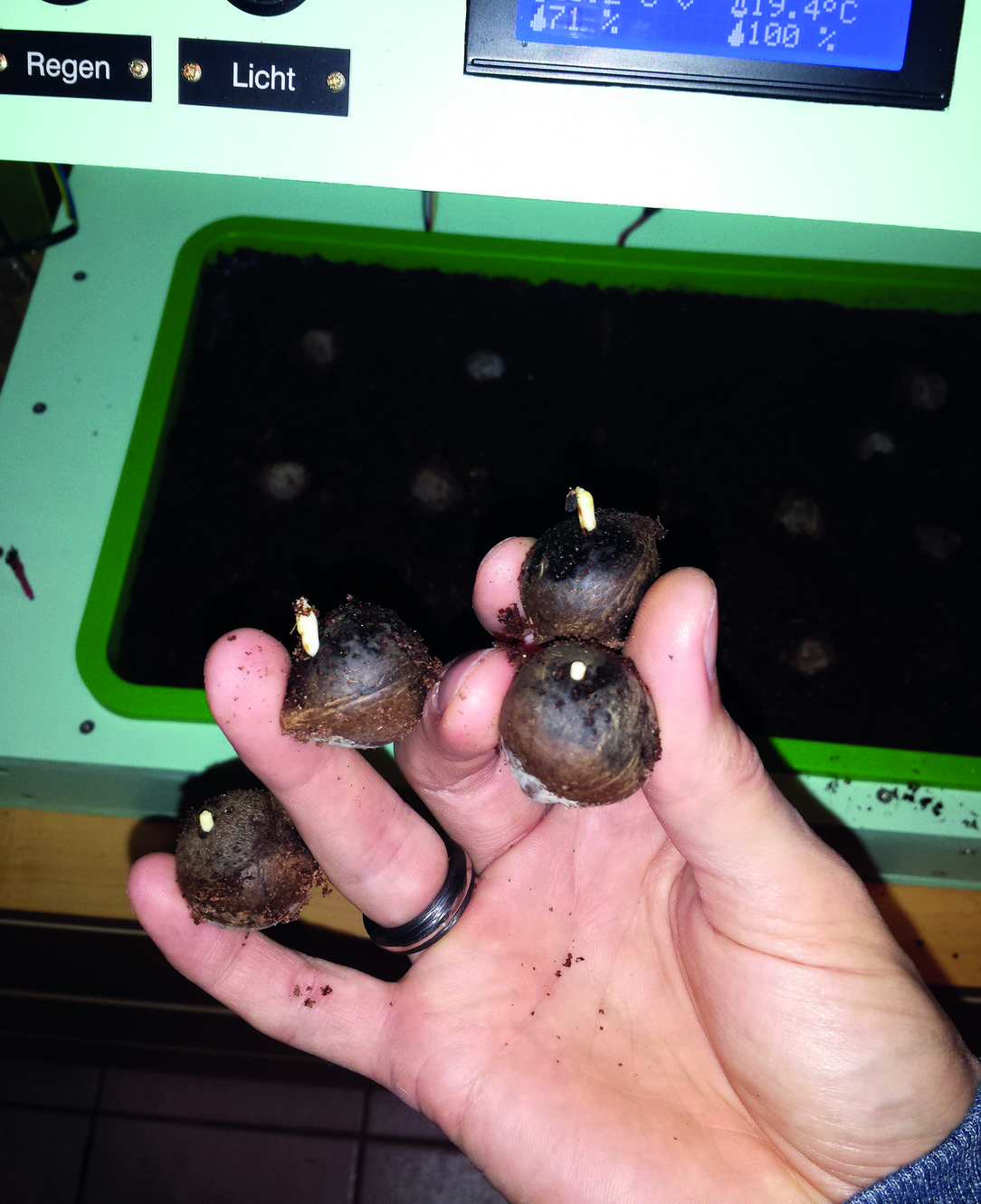 Since the honey palms come from Chile, he set the greenhouse temperature range to the average for that country, and the soil moisture and air humidity values to what felt right.

So far, the results have been impressive, with a much improved germination rate. In the seven months before the smart greenhouse was ready to use, only six out of the 24 seeds germinated in a normal thermostat-controlled greenhouse. “In the eighth month, all remaining 18 seeds were placed in the [smart] greenhouse; eleven seeds sprouted this month,” says Thomas. “The palm trees will be planted in my garden someday.”

Use a retro DB9 joystick with Raspberry Pi 400