Alex Schwarz uses the Raspberry Pi as part of an effort to better observe and predict the effects of space weather. David Crookes grabs an umbrella

Alex Schwarz has done just that, developing a real-time space weather station which he now runs on a Raspberry Pi 3. It makes use of two well-established amateur radio software packages called the MDSR and RF-Seismograph, as well as some serious hardware including a huge antenna that can be many metres in height. These allow for real-time spectrum analysis and long-term propagation monitoring by detecting particular noise changes that point to specific happenings. 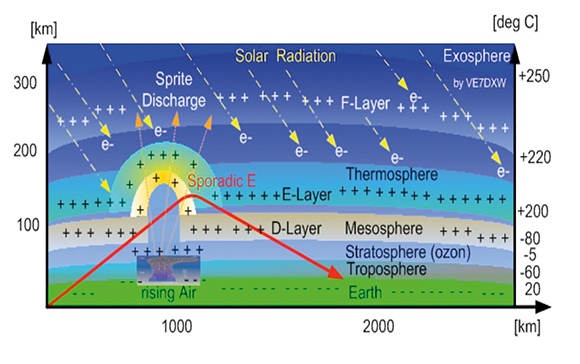 To explain, propagation monitoring detects the behaviour of radio waves as they travel from one point to another in various parts of the atmosphere. As such, the idea is that the weather station is able to ‘listen in’ for changes in natural space phenomena such as the solar wind and the Earth’s magnetic field.

This is then interpreted by the Pi and its installed software, allowing a graphical representation of the weather to be noted. By constantly monitoring the input, it’s possible to view patterns and match them to phenomena. So far, the space weather station has picked up on a build-up of energy in the troposphere; at least two hours before the storm hit, it was possible to view the extent of the lightning strikes. It has also detected propagation from meteorite trails. “Now we know how a meteorite looks on the RF-Seismograph and it will enable us to spot more, even during the day,” Alex says.

It really is an impressive feat, especially considering Alex and his fellow amateur radio enthusiasts wrote the RF-Seismograph software themselves. “We believe it has great potential to increase the understanding of the ionosphere [the ionised part of Earth’s upper atmosphere] and how it protects life on this planet,” Alex tells us. “It was originally designed to measure the solar eclipse last year, but in the process we discovered the software is also perfect to measure and show how short-wave radio propagation changes over time.” 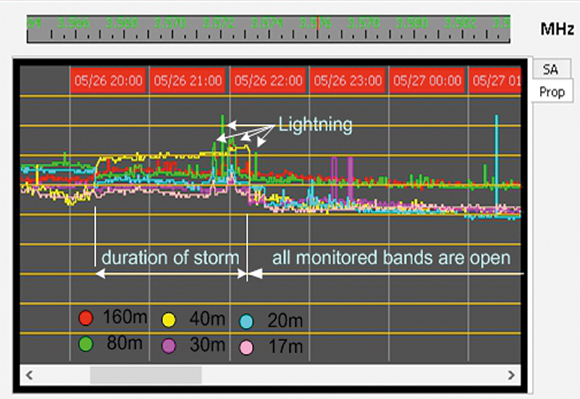 The Raspberry Pi has certainly come to the rescue. Initially, the software had been running on Windows and Linux, but Alex and his friends wanted a way of lowering costs. “The Raspberry Pi 3 is fast enough and so we decided to move all our software over to Raspbian,” Alex says of the switch. “The RF-Seismograph runs a little slowly on the Pi so there’s room for improvement, but it’s a lot simpler and cost-effective in comparison to PCs. The OS is also stable, it’s easy to install, and the add-on hardware looks classy.”

The hardware for this project included a sound card with stereo line input for picking up the sound waves that are created in the receiver. By scanning the receiver across six different short-wave bands, changes can be monitored and identified. In order to get the raw signal from the receiver, the LIF-2016 converts radio waves to sound waves that the audio card can process. The higher the quality of the sound card input, they figured, the better the results for the received and demodulated signal.

For convenience, a seven-inch touchscreen was also added and the whole setup was connected to the transceiver – the device that connects to a large shortwave antenna and picks up the signal for the Pi to process. “The software is capable of sharing this information with the world by including an FTP server that uploads every ten minutes to the web,” Alex adds. “So that is how we keep our website automatically current. It’s certainly been worthwhile.”

Step-01: Connect to an antenna

The space weather centre seeks to record local band conditions at all times. In order to do so, it needs to be hooked up to an antenna. Large ones are less prone to interference. 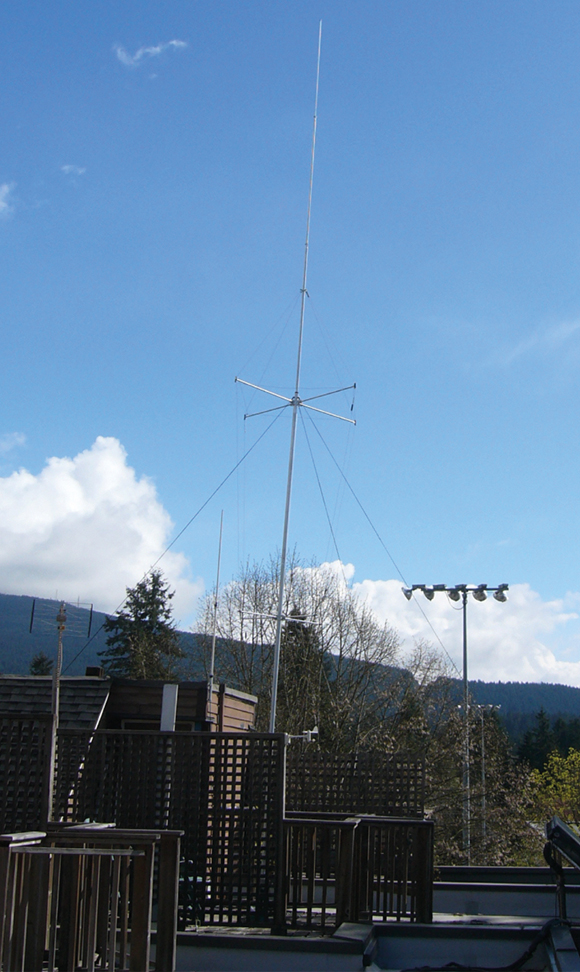 The waves are picked up by the transceiver, filtered, and sent to the Pi where the RF-Seismograph records the background noise of the connected antenna via the sound card. 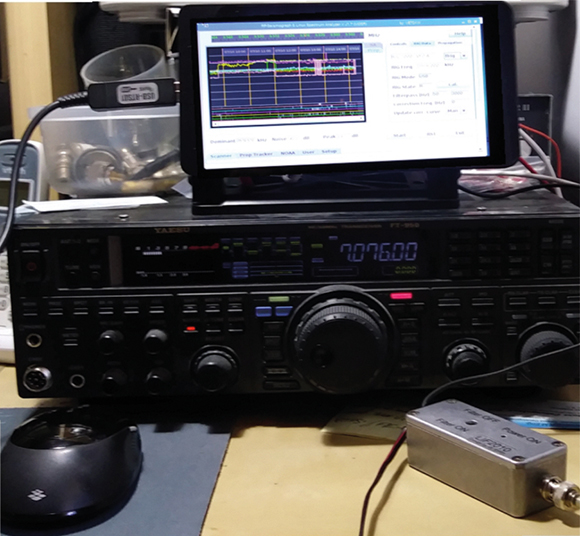 The sound is processed by the software on the Raspberry Pi, ready for presenting on screen and it’s then possible to pick out the characteristics of various different types of space weather. 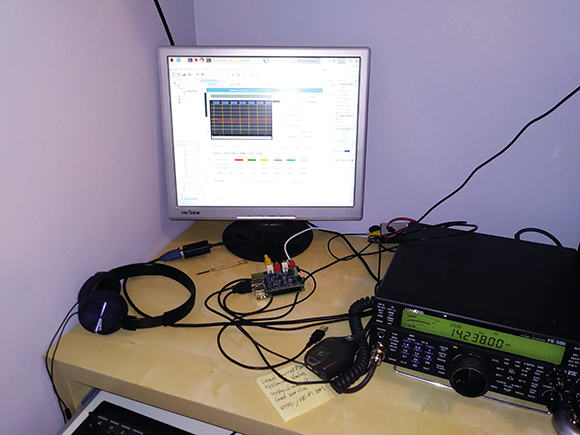 Use a retro DB9 joystick with Raspberry Pi 400

Create some scintillating sounds with this versatile digital multi-effects unit complete with touchscreen. Phil King turns it up to 11