Star Wars fans will know all about Holochess. The game, played by C-3PO and Chewbacca, has holographic chess pieces smash each other up.

This build, by Jim Shima at Hyperdynelabs, is a table that looks just like the Star Wars prop.

The fun doesn't just stop there. A recent upgrade to the build has turned it into a jukebox with a moving surface. So now it blasts out your favourite music.

Inside is a Raspberry Pi. So we just had to take a closer look.

Sure, it might be a bit random to have a jukebox that looks like a Star Wars prop. But it's random in a cool way. And we love the build quality.

"It all started with a very detailed and realistic replica of a Holochess Table made by Jim Shima's friend," reports Hackaday. "A lot of time and care went into the prop, and [Jim] was determined not to alter the look while installing the media player gear, consisting of a Raspberry Pi running OSMC and a 160-watt power amp." 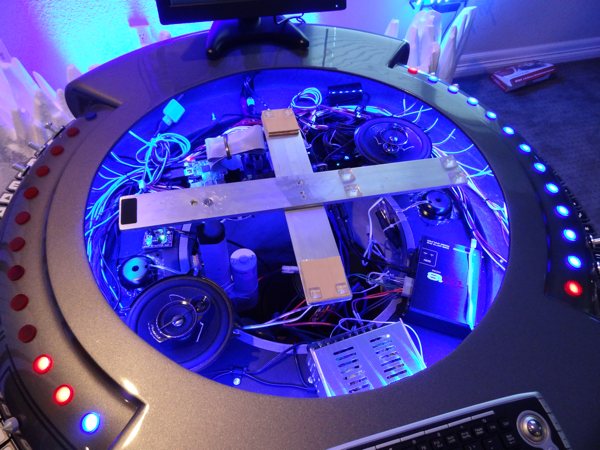 Fitting speakers into the project was difficult. The table muffled the sound. Jim's solution was to mount the speakers under the table and use servos to lift the surface.

If anything, this movement just makes the whole project cooler. Just remember: "It's not wise to upset a Wookie".