SUSE Linux has released a version of its super-robust server OS for the Raspberry Pi, called SUSE Linux Enterprise Server for ARM.

As Jay Kruemcke, Product Manager for SUSE Linux Enterprise Server for ARM explains, “SUSE had multiple customers implementing industrial monitoring solutions based on the Raspberry Pi that wanted to use a Linux OS with the same support, security, and reliability that they already used in their data centre.” 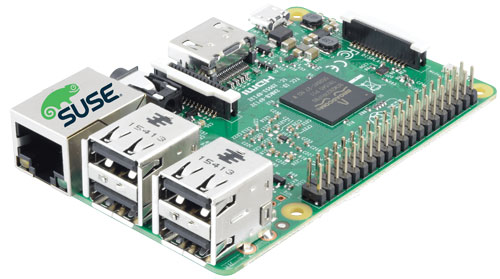 The new OS follows a demo of SUSE Linux running on a Raspberry Pi at SUSECON 2016, which gained “a tremendous amount of interest” and generated “thousands of downloads in just the first few days,” according to a SUSE Linux statement.

Jay says the main challenge in releasing a fully stable version of SUSE Linux Enterprise Server (SLES) for ARM was timing: “We had to do the Raspberry Pi support after SLES 12 SP3 was already available.” SLES 12 SP3 was released on 6 March, with SLES for ARM launched only 20 days later.

SLES for ARM can be used for all kinds of systems – Jay tells us it’s already in use by some of SUSE’s early customers for industrial monitoring.

“We intend to make subscriptions for SLES on ARM available… within the next few weeks,” Jay confirms, while anyone with a SUSE Linux customer account can download the 60-day trial of SLES for ARM.