This YouTube Drone project broadcasts footage over a cellular data connection direct to YouTube. You use a Raspberry Pi, Camera Module and SixFab LTE shield with a drone kit to build the working device.

The YouTube Drone is a great project because it incorporates so many different Raspberry Pi features: video recording, flight control (either RC or automated), YouTube integration, and data network access.

It’s also fundamentally inspiring. Hooking up a drone to a Raspberry Pi with network coverage lets you test a lot of future technologies.

There’s potential to integrate it with computer vision technology, as well as automatic flight.

This project appeared in Incredible Projects: The MagPi issue 56. Download a free copy.

This YouTube Drone was built by Mahmut and Metin, a computer engineer from Sixfab and his maker friend.

Mahmut and Metin started with a drone kit: a Super Multicopter Set – Make Yourself Drone Kit from Robotistan (£180/$220). 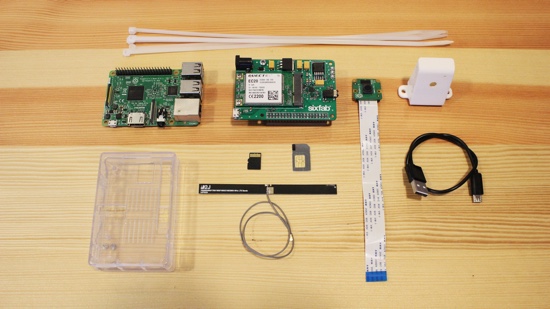 The drone comes with a KK2 Multi-rotor LCD flight controller board. The flight controller has GPIO pins, so it is possible to create an automated drone, although Mahmut and Metin’s project currently flies via remote control.

The Raspberry Pi community discusses using a Pi with the KK2 flight controller in this forum thread.

You’re not limited to the Super Multicopter. “You can use any drone capable of carrying an extra 200-250 grams,” explains Mahmut.

After building the drone kit, the Raspberry Pi is connected to the Sixfab 4G/LTE shield. 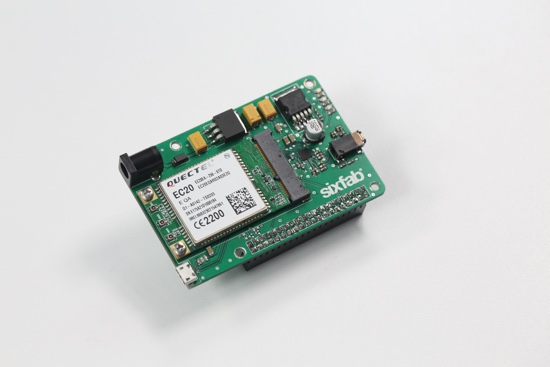 The Camera Module is attached to the Raspberry Pi and the whole assembly is mounted to the underside of the drone.

And an SD card image has been produced especially for the project.

Setting up the Sixfab 4G/LTE shield is relatively easy. A driver is available direct from the SixFab Website. Copy the files to

Now reboot the Raspberry Pi, and run dmesg in a Terminal window.

Please be careful when building a YouTube Drone. It is important to not to make the connections between propellers and motors before it is complete and fully secured. Wear safety glasses when testing the drone, as spinning blades are dangerous.

The drone is built using a kit model. This is controlled remotely with an RC controller. A Camera Module is used to record footage from the drone. This is shared directly to YouTube Live using the data connection.

A Raspberry Pi and Sixfab 4G/LTE shield are mounted on the underside of the drone. This provides a permanent data connection

“It is very easy for people with all the materials to do the project,” says Mahmut. “Because it’s very easy to use the Sixfab products and everyone can take it and do whatever they want with ease.”

“The first time we did it we used a smaller drone and it would not go up,” he tells us. “Other than that, we have not had a problem. But during the flight, the wind made our work very difficult.

“Those who want to do the project should not hesitate. They can easily complete it with the videos and the image file.”

The current YouTube Drone project uses the Pi and Sixfab shield 4G/LTE connection for YouTube Live streaming. “But our goal is to also control the drone via the network connection,” says Muhmut.

The UK Civil Aviation Authority’s ‘The Drone Code’ is a guide to flying drones for fun.

In a nutshell: Keep your drone under 120m and 50m away from other people, vehicles, or buildings. Stay clear of airports, airfields, and aeroplanes. Keep your drone in your field of vision (within 500m) at all times.