A robust metal case with a hidden GPIO port. By Gareth Halfacree

It’s the weight of the Argon One (£23 / $25) that first surprises. Whereas most Raspberry Pi cases are made out of plastic, the bulk of the Argon One is solid aluminium – and it’s immediately noticeable, even before it’s taken out of the box.

This review was written by Garath Halfacre and first appeared in The MagPi 79. Click here to get your free Digital Edition of The MagPi.

Inside the hefty shell is a board which connects to the Raspberry Pi’s GPIO header, giving it a smart power button – found at the rear of the case – which comes with software to allow the Pi to be safely shut down with a single press. There’s also a fan, and a daughterboard which snaps into a Raspberry Pi 3B or 3B+ to shift its HDMI and analogue audio-visual (AV) ports to the rear. 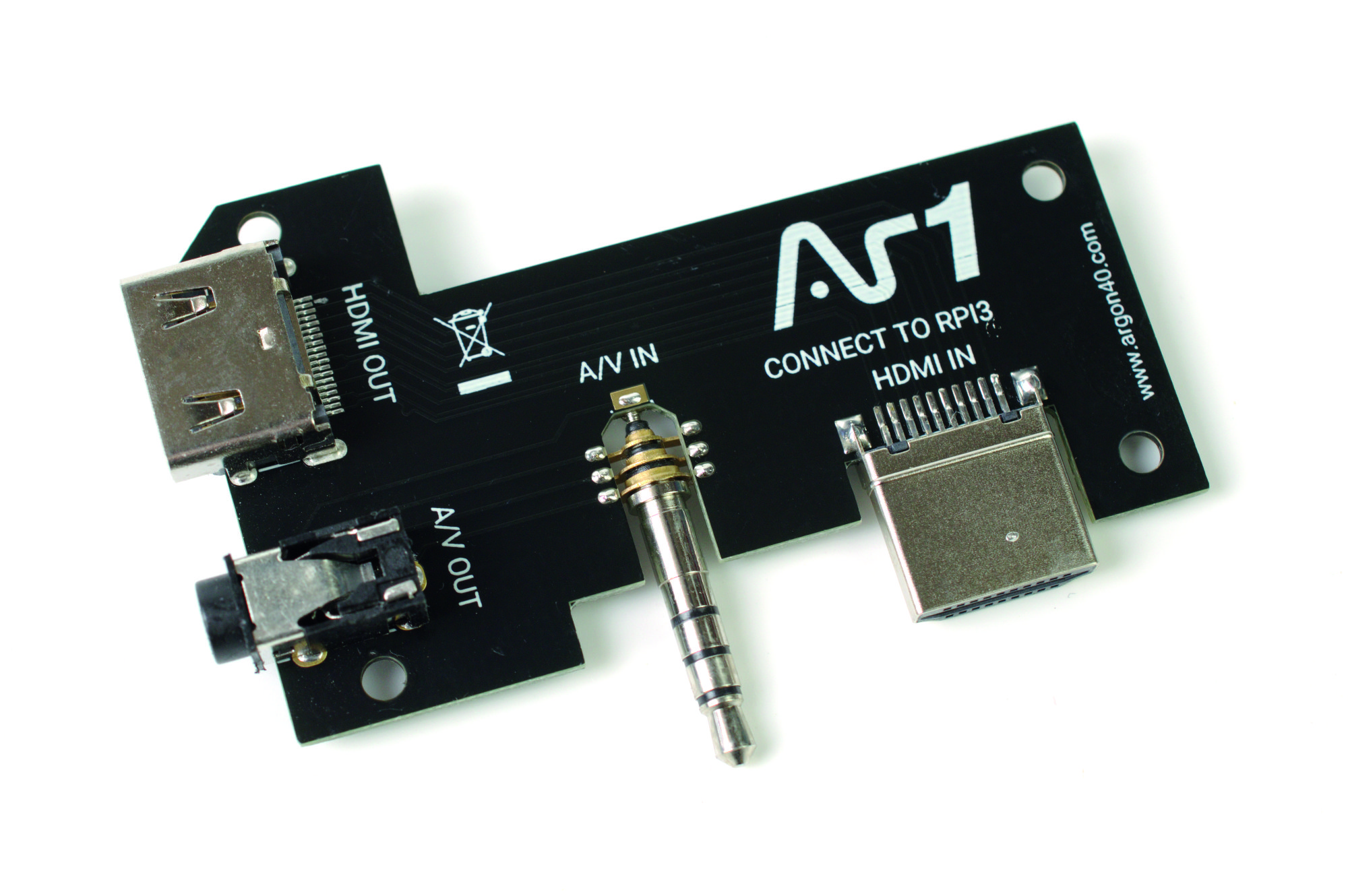 Assembly is quick and easy: click the daughterboard home, add a bundled thermal pad to the Pi’s processor, slide everything onto the GPIO header, then screw it home before adding the plastic base.

Using the large aluminium case as a heatsink makes a real difference to temperatures: an uncased Pi 3B+ quickly reaches 65°C running a CPU-heavy benchmark, but peaks at 40.8°C in the Argon One. Sadly, the fan makes little difference, but it can be turned off in the bundled software.

There’s only one real flaw in the Argon One: it draws too much power, causing the Pi to flash the ‘undervoltage’ lightning symbol and throttle its performance. It’s a flaw that can only be fixed by purchasing Argon Forty’s recommended power supply at an extra £11 / $12.50.

The Argon One is attractive, and hiding the GPIO header under a magnetic cover is clever. You should factor in the cost of the recommended power supply. The poor fan performance is  the only real issue.