Equipped with all manner of sensors, this Ghost Detector is designed to discover paranormal presences. A spooked Phil King investigates The truth is out there… At least that’s what they used to say on The X-Files. Well, if there is any paranormal activity around, Anthony DiPilato’s sensor-packed Ghost Detector aims to find it. While he built the device around two years ago, this top-secret project has only just been shared with the wider world.

The idea stemmed from a desire to create a home-made present for his father. “My dad watches a lot of paranormal investigation shows,” says Anthony, “so I thought it would be a fun project to give as a Christmas gift.”

While the project started off as a simple Arduino-based EMF (electromagnetic field) meter, it quickly evolved into something far more ambitious. “I saw Raspberry Pi offers an infrared camera,” recalls Anthony, “so I decided to build something that could record video with overlaid sensor data.”

The Raspberry Pi records video, audio, and sensor data, then saves it to a USB flash drive. Mounted on top of the device, an official Raspberry Pi 7-inch touchscreen provides a user interface, while also displaying the data from the numerous sensors and a live video view from the infrared camera.

Featuring a pistol-grip handle, the body of the detector was 3D-printed on Anthony’s newly acquired Monoprice Maker Select. He designed the enclosure using the Autodesk Fusion 360 CAD software, which offers a free licence for hobbyists.

“Since it is a pseudoscientific instrument, I wanted to make it look as ridiculous as possible,” he tells us. “So I included rabbit-ear telescopic antennas [for the EMF sensors] and a Geiger tube. I thought the stained wood enclosure would match that aesthetic.” 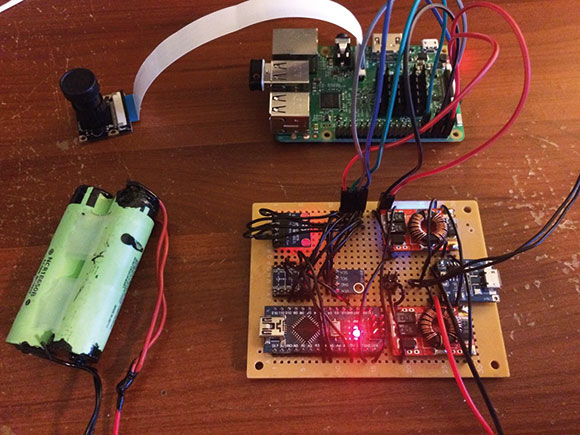 Continuing the theme of making it as ludicrous as possible, Anthony crammed the detector with “as many sensors as I could fit.” Along with the EMF sensors, there’s a magnetometer (compass), altimeter, temperature and barometric pressure sensor, microphone, and a Geiger counter to measure radioactivity. Most of the sensors and other electronics are mounted on stripboard, including two 5 V 3 A step-up power supplies, an Arduino Nano, and a logic level converter to interface the Nano to the Raspberry Pi.

The Geiger counter is a separate board, while its Geiger tube is mounted on the front along with the camera and two lots of infrared LEDs either side. To power the device, two Panasonic 18650 3400 mAh batteries are housed in the handle.

From start to finish, the Ghost Detector took Anthony around two months to build: “The only major issue I encountered was the control board for my 3D printer burned out, and needed to be replaced before I could finish the project.” It took him a mere two days to program the software, mainly comprising Python scripts.

Asked if he has detected any unearthly presences, Anthony replies, “I only tested at a few local places that are supposedly haunted, but I was not able to record any conclusive evidence of hauntings.” He did discover that blood absorbs infrared light, however, showing up all the veins in his arm on the camera view – which looks pretty spooky.

After creating several prototypes and making adjustments, Anthony 3D-printed the final enclosure from Hatchbox Wood PLA, then sanded and stained it for a wood-style finish.

A magnetometer and temperature/pressure sensor are mounted on stripboard, along with an Arduino Nano connected to dual EMF sensors. The Geiger counter is a separate board. 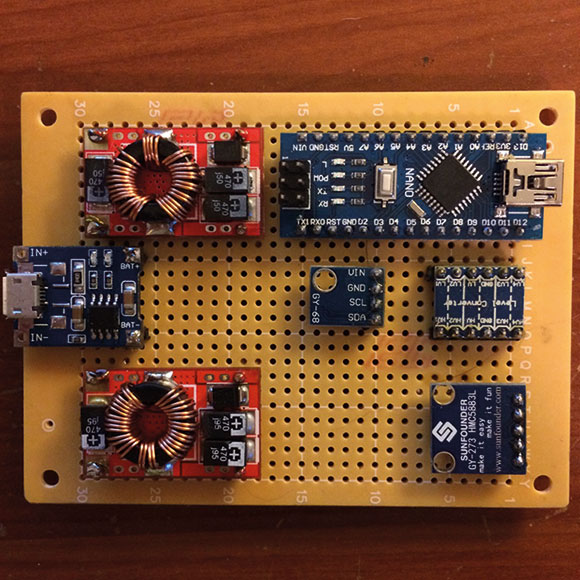 A cooling fan blows air into a duct that vents up the back of the enclosure. Added partly for aesthetic effect, twin telescopic antennas are linked to the EMF sensors. 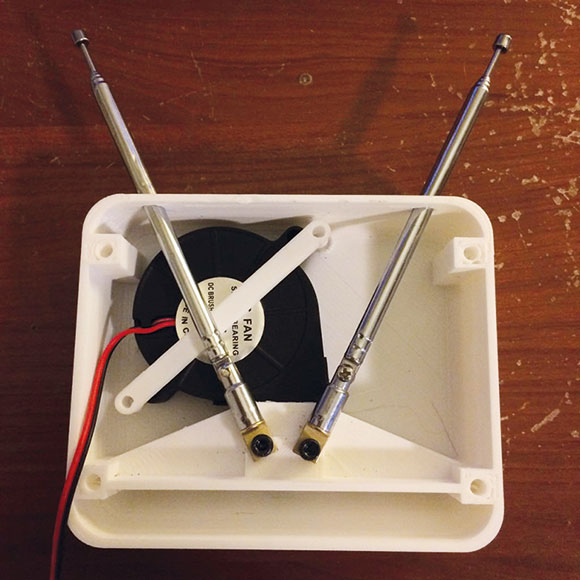