People sometimes ask us ‘why?’ when we share projects online. Why make something that already exists in an easier format, or isn’t very functional? The simple answer is: because we can. It can be very fun to make stuff, and the RadioGlobe is an excellent example of this.

“It’s a globe which you spin to search web radio stations,” creator Jude Pullen summarises. “It’s really simple to use (even my four-year-old son gets it!), but the tech inside is pretty clever to make it work. It has a very special component called a rotary encoder, which has the ability to know the position of a rotating axis (in this case the longitude and latitude) to an accuracy of 0.3 degrees. It means we can navigate to all the major cities in the world and listen to their local stations.”

The idea for the project arose through a combination of concepts that were on Jude’s mind at once. “I think I’d been reading books about space travel, and the emergence of communications while working on a Channel 4 show called David Jason’s Great British Inventions,” he says. “My job was to build a replica of the Bell telephone (using some scrap wood, piping, wires, tracing paper, and vinegar!), and it kinda blew my mind to consider the advent of this technology in the world. This led me to explore a lot of technology we take for granted, like radio. I was discussing this with a friend who then mentioned a website called RadioGarden which allows you to look up all radio stations on Google Earth. It’s a clever mash-up of two powerful technologies, and I guess my ‘build’ on this was to make it physical.” 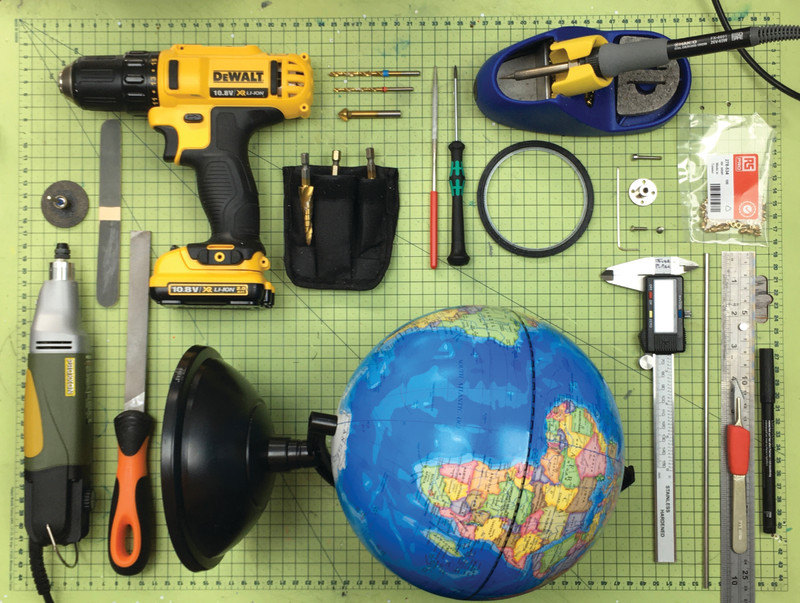 Proof is in the concept

The world is a big place – Jude tells us there are 44,000 radio stations around the world, and not all of them have great broadcast quality. For what he’s managed to achieve, he seems pretty happy, though.

“There is a phrase in design called ‘proof of concept’ or in code it’s sometimes called ‘minimum viable product’,” he notes. “RadioGlobe is that in terms of its physical design (3D-printed) and code (V1.0 on GitHub). It works really well in that most of the 2000-odd radio stations do play, but yes there are bugs – in that some radio station links are in countries where broadcast is not perfect, so this can ‘trip up’ the code, and it stops playing.” Jude has some updates in the works for the RadioGlobe, some of which sound fairly obvious and genuinely useful, such as a recall function for favourites in case you stumble upon a K-pop station you really like, as well as a Shazam button to identify the latest Austrian hit.

“This is possible because the project is open source, and the code can be contributed to be total strangers from around the world,” Jude explains. “I love the poetic-loop of this! And this has very much been the best of my experience in working with exciting companies like DesignSpark and Raspberry Pi who have championed new ideas that literally might come from anyone, anywhere in the world. Perhaps we’ll have RadioUniverse one day! I joke, but of course RadioGlobe would have seemed crazy 100 years ago too.” 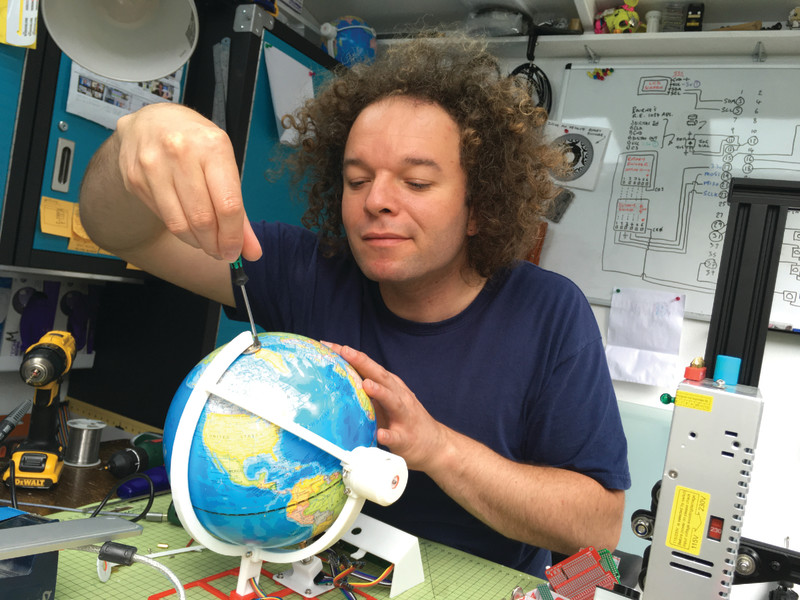