Congratulations on becoming a Raspberry Pi 4 explorer. We’re sure you’ll enjoy discovering a whole new world of computing and the chance to handcraft your own games, control your own robots and machines, and share your experiences with other Raspberry Pi fanatics.

Getting started won’t take long: just corral all the bits and bobs on our checklist, plus perhaps a funky case. Useful extras include some headphones or speakers if you’re keen on using Raspberry Pi as a media centre or gaming machine.

To get set up, simply format your microSD card, download NOOBS, and run the Raspbian installer. This guide will lead through each step. You’ll find the Raspbian OS, including coding programs and office software, all available to use. After that, the world of digital making with Raspberry Pi awaits you.

What you need to set up Raspberry Pi 4

Raspberry Pi 4 has plenty of connections, making it easy to set up. You'll interact with the Raspberry Pi using a keyboard and mouse

Raspbian is the official OS for Raspberry Pi, and the easiest way to set up Raspbian on your Raspberry Pi is to use NOOBS (New Out Of Box Software).

If you bought a NOOBS pre-installed 16GB microSD card, you can skip Steps 1 to 3. Otherwise, you’ll need to format a microSD card and copy the NOOBS software to it.

Start by downloading SD Card Formatter tool from the SD Card Association website. Now attach the microSD card to your PC or Mac computer and launch SD Card Formatter (click Yes to allow Windows to run it). If the card isn’t automatically recognised, remove and reattach it and click Refresh. The card should be selected automatically (or choose the right one from the list). 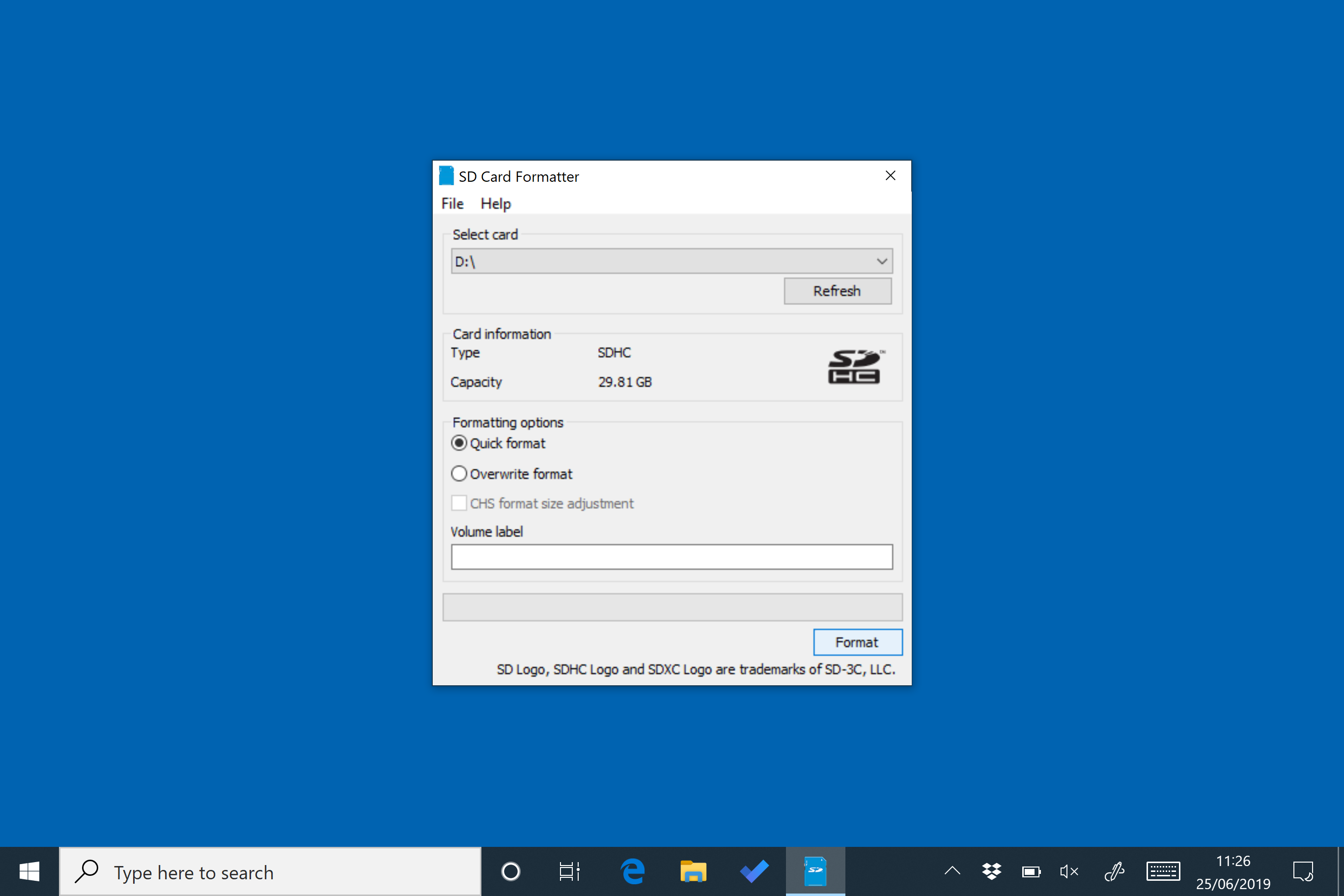 Choose the Quick Format option and then click Format (if using a Mac, you’ll need to enter your admin password at this point). When the card has completed the formatting process, it’s ready for use in your Raspberry Pi. Leave the microSD card in your computer for now and simply note the location of your duly formatted SD card. Windows will often assign it a hard drive letter, such as E; on a Mac it will appear in the Devices part of a Finder window. 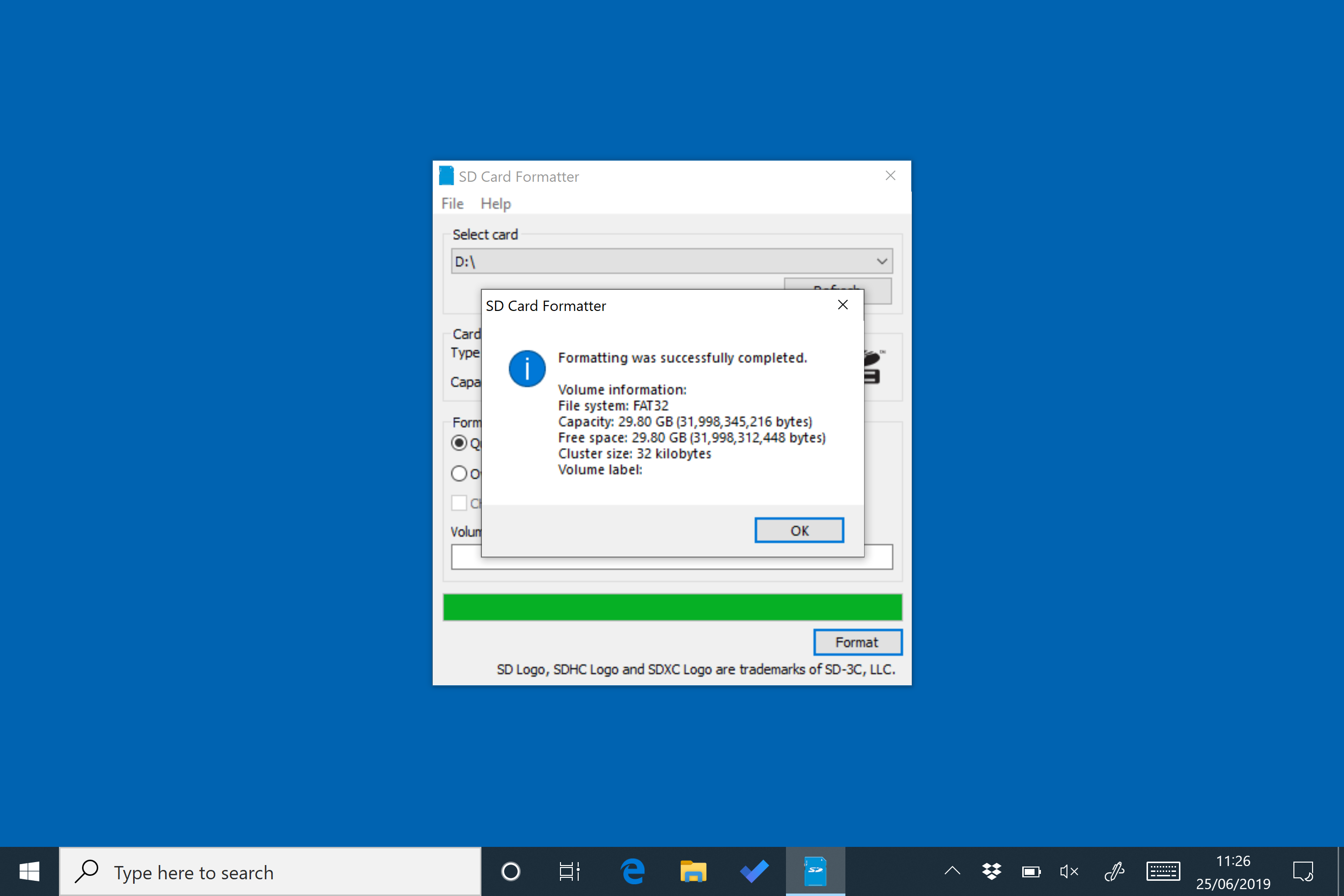 Click here to download the NOOBS software from Raspberry Pi. Choose Download Zip (or use the Torrent file if you're experienced with torrents and wish to save Raspberry Pi the bandwidth). NOOBS (New Out Of Box System) provides a choice of Raspberry Pi operating systems and installs them for you. Click ‘Download zip’ and save the file to your Downloads folder. When the zip file download is complete, double-click to launch and uncompress the folder. You’ll need to copy all the files from the NOOBS folder to your SD card. Press CTRL+A (⌘+A on a Mac) to select all the files, then drag all the files to the SD card folder. Once they’ve copied across, eject your SD card. Be careful to copy the files inside the NOOBS folder to the microSD card (not the NOOBS folder itself). 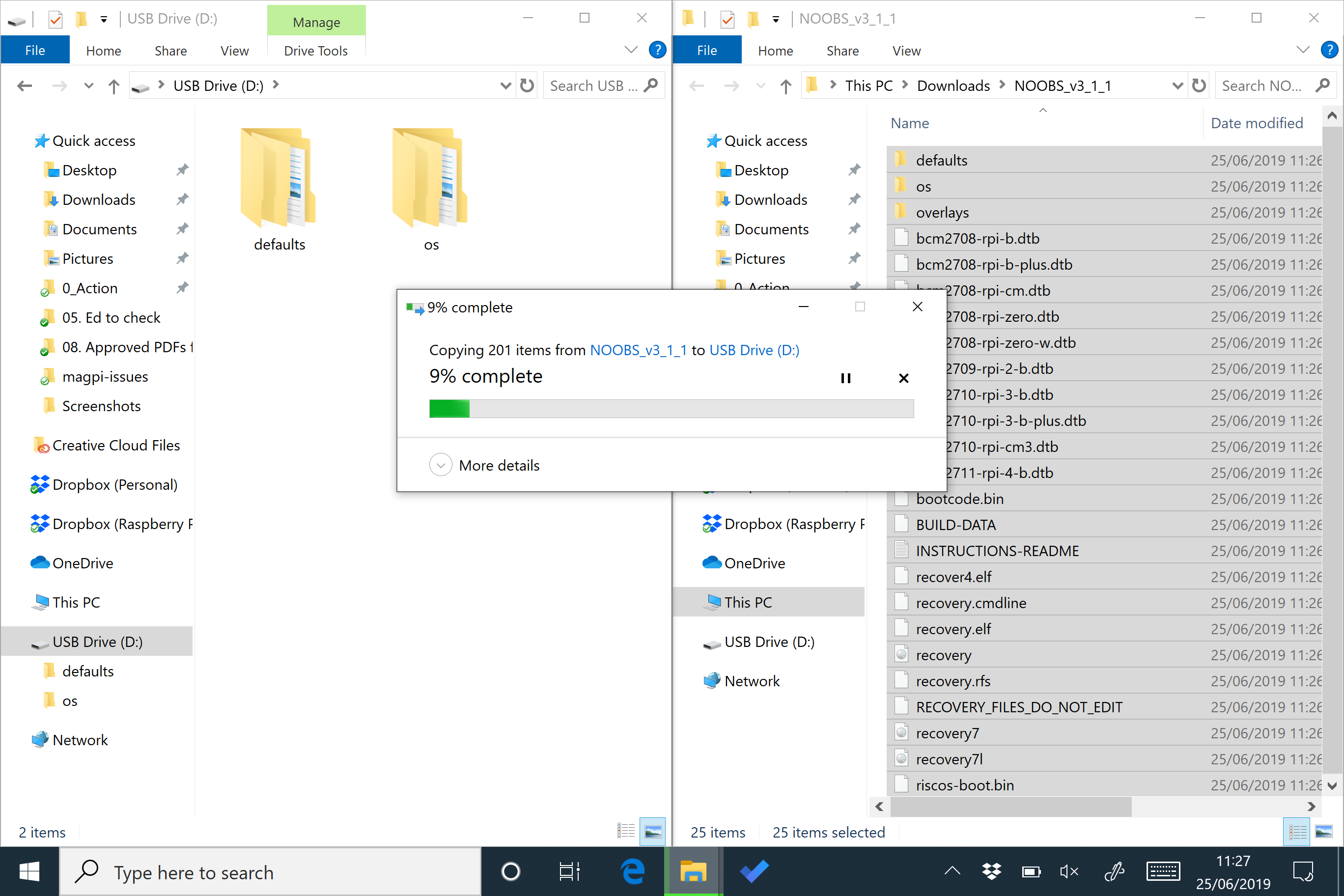 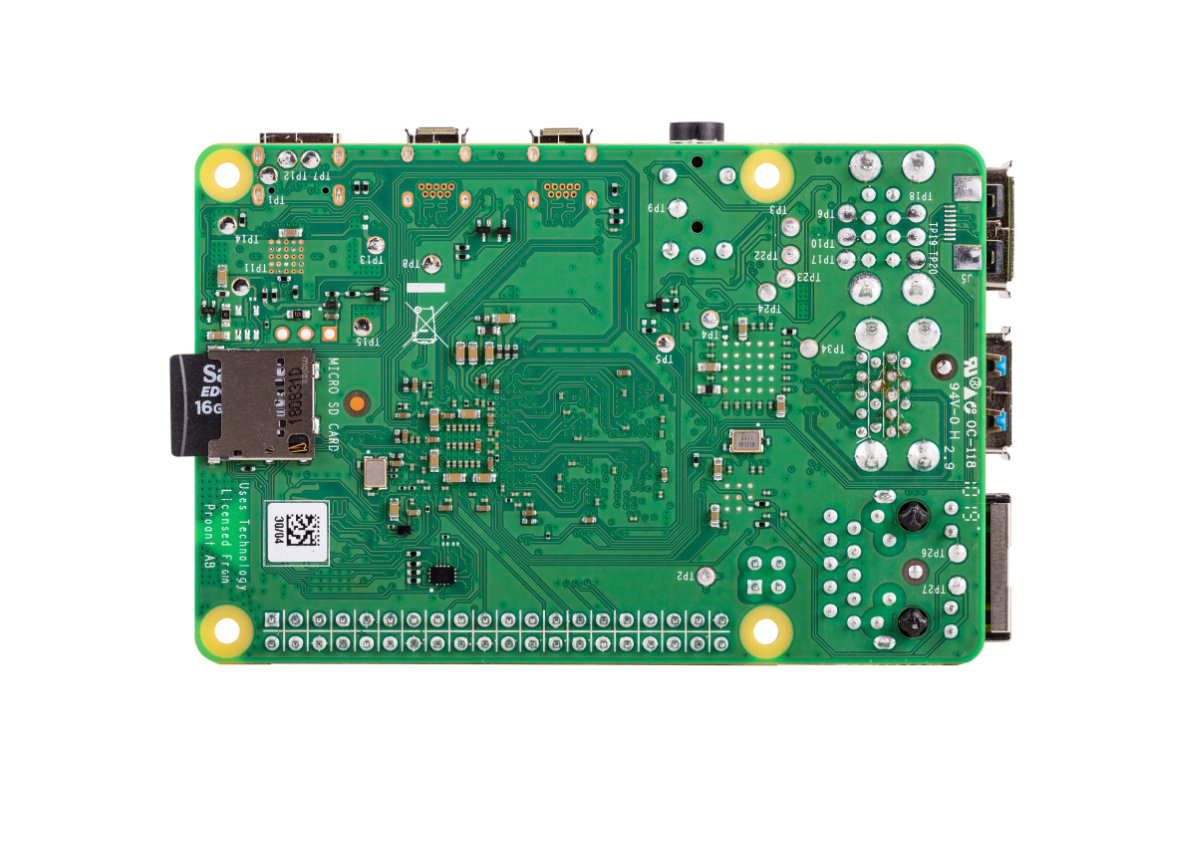 Plug in your Raspberry Pi power supply and, after a few seconds, the screen should come on. When the NOOBS installer appears, you’ll see a choice of operating systems. We’re going to install Raspbian, the first and most popular one. Tick this option and click Install, then click Yes to confirm. For more OS options, instead click ‘Wifi networks’ and enter your wireless password; more OS choices will appear. Installation takes its time but will complete – eventually. After this, a message confirming the success installation appears. Your Raspberry Pi will prompt you to click OK, after which it will reboot and load the Raspbian OS. 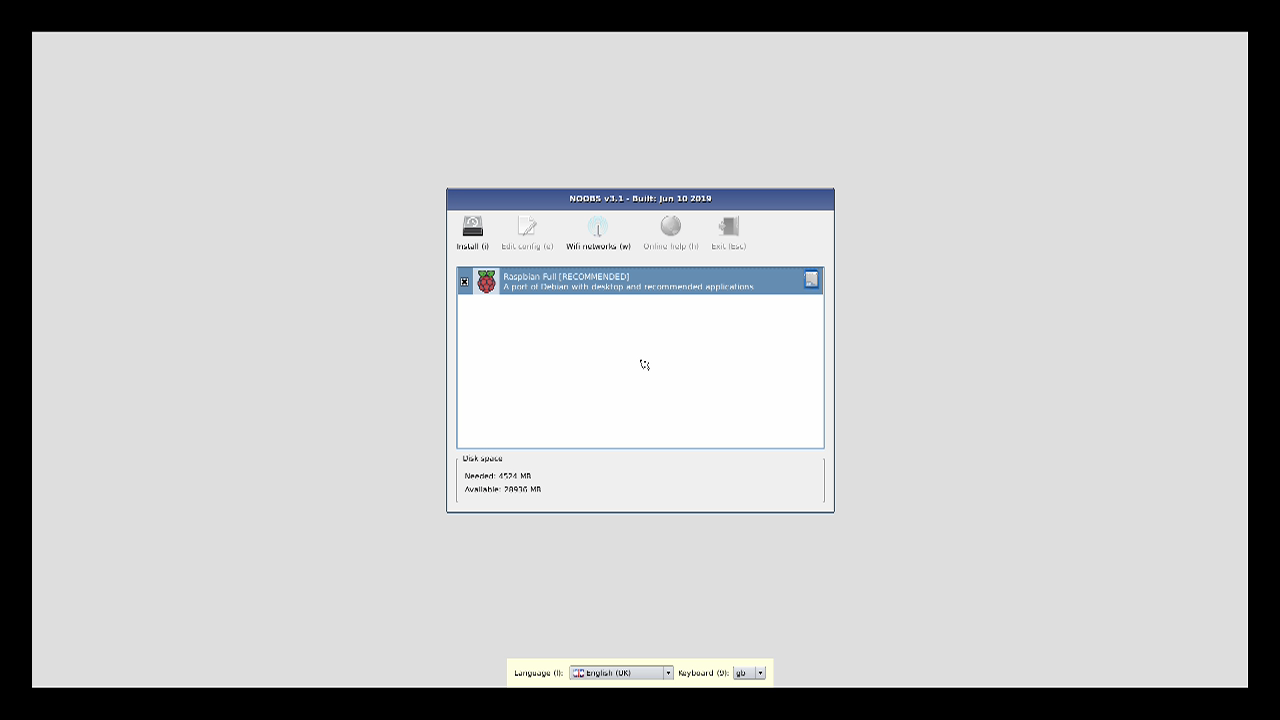 When Raspbian loads for the first time, you will see this Welcome screen: 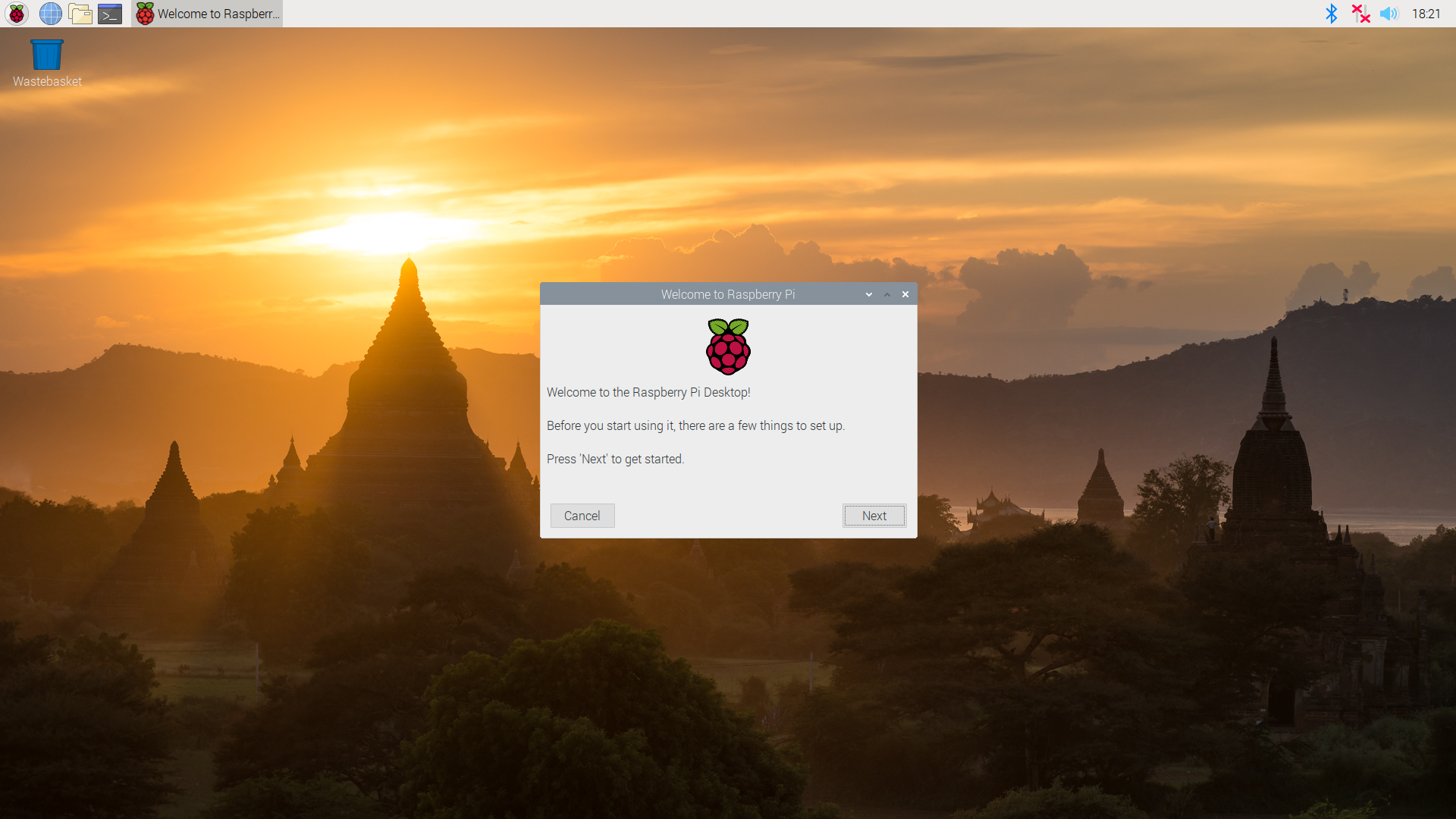 Click Next, when prompted, then select your time zone and preferred language and create a login password. You’re now ready to get online. Choose your WiFi network and type any required password. Once connected, click Next to allow Raspbian to check for any OS updates. When it’s done so, it may ask to reboot so the updates can be applied.

Now you're ready to start using Raspberry Pi. Click the Raspberry Pi icon at the top-left of the screen to access items such as programming IDEs, a web browser, media player, image viewer, games, and accessories such as a calculator, file manager, and text editor. You’re all set to start enjoying your very own Raspberry Pi.